Julie Andrews Returns as Host of From Vienna: The New Year’s Celebration 2017

Stage and screen legend Julie Andrews returns for the eighth time to host the festive annual New Year’s celebration with the Vienna Philharmonic, under the direction of Gustavo Dudamel, from Vienna’s Musikverein.

From Vienna: The New Year’s Celebration 2017, featuring the infectious melodies of the Strauss Family and their contemporaries, airs on Great Performances, Sunday, January 1 at 6:30 p.m. on OETA.

Maestro Dudamel is conducting the ever-popular concert for the very first time. The Vienna Singverein (Singverein der Gesellschaft der Musikfreunde) concert choir and the soloists of the Vienna State Ballet return for the gala evening marking the 175th anniversary year of the Vienna Philharmonic and its founding conductor Otto Nicolai.

The filming of this year’s ballet scenes was done at the Hermesvilla in Vienna. Situated in an idyllic setting in the middle of the Lainzer Tiergarten, the former imperial hunting grounds, the Hermesvilla was described by Empress Elisabeth of Austria (popularly known as ‘Sisi’) as her “Palace of Dreams.” The palace was built for Sisi by her husband Emperor Franz Joseph and was finished in 1886. It is now 180 years since the birth of Empress Elisabeth in 1837.

Gustavo Dudamel is the youngest-ever conductor to lead the Vienna Philharmonic's famous New Year's Concert. As an internationally renowned symphonic and operatic conductor, Dudamel is motivated by a profound belief in music's power to unite and inspire. Currently serving as Music & Artistic Director of the Los Angeles Philharmonic and Music Director of the Simón Bolívar Symphony Orchestra of Venezuela, his impact extends from the greatest concert stages to classrooms, cinemas and innovative digital platforms around the world.

In addition to his main posts, Dudamel appears as guest conductor with some of the world’s most famous musical institutions and is set to tour Europe with the Berlin Philharmonic in 2017.

This is the largest worldwide event in classical music reaching millions of people annually through radio and television in over 80 countries. The Vienna Philharmonic’s traditional New Year’s program has showcased Viennese musical culture at the highest level, and since the first television broadcast in 1959, sent the world a New Year's greeting in the spirit of hope, friendship and peace. (The telecast marks the 33rd broadcast of the event on PBS.)

The annual tradition of the New Year’s Day Celebration with the Vienna Philharmonic at The Musikverein is as cherished worldwide as its legendary host, actress and author, Julie Andrews. “I love coming to this wondrous city each year with its rich history, beautiful sights and its glorious musical contributions to the world, especially those by the Strauss family. As a proud Board member of the Los Angeles Philharmonic, I am especially thrilled that our talented and charismatic maestro, Gustavo Dudamel, will be conducting this year’s program.”

As is customary with these broadcasts, Andrews travels from her home base in the Musikverein hall itself to visit multiple picturesque Vienna landmarks, including the gym and bedroom at Hermes Villa; Otto Nicolai’s study (Haus der Musik); the Imperial stables showcasing the world-famous Lipizzaner from birth to performance; and Hofburg’s Sisi Museum.

Andrews and Dudamel visit the Ankerbrotfabrik complex, the home of Superar, the Sistema organization for Central Europe. Dudamel is, of course, famously a product of the Sistema music program in his native Venezuela.  (In Vienna, Superar provides music lessons to about 350 kids aged 5-16.) As Dudamel rehearses the students with members of the Vienna Philharmonic, Andrews reflects on Dudamel’s background and the youth program that he originated in Los Angeles, YOLA (Youth Orchestra Los Angeles).

Andrews has been a frequent and luminous presence on Great Performances, starting with “An Evening with Alan Jay Lerner” (1989); “Julie Andrews in Concert” (1990); “Some Enchanted Evening: Celebrating Oscar Hammerstein II” (1995); “Back on Broadway” which spotlighted her return to the Great White Way in “Victor/Victoria” (1995); “Hey, Mr. Producer! The Musical World of Cameron Mackintosh” (1998); “My Favorite Broadway: The Leading Ladies” (1999); its follow-up “My Favorite Broadway: The Love Songs” (2001); and the restoration of the classic 1957 “Rodgers & Hammerstein’s Cinderella” (2004). She also hosted the Emmy Award-winning series Broadway: The American Musical in 2004. Andrews was recently featured in the “Great Performances’ 40th Anniversary Celebration” (2013).

From Vienna: The New Year’s Celebration 2017 is produced by Karin Veitl, and directed by Michael Beyer, with John Walker as producer/writer. For Great Performances, John Walker and Richard R. Schilling are producers; Bill O’Donnell is series producer; David Horn is executive producer. 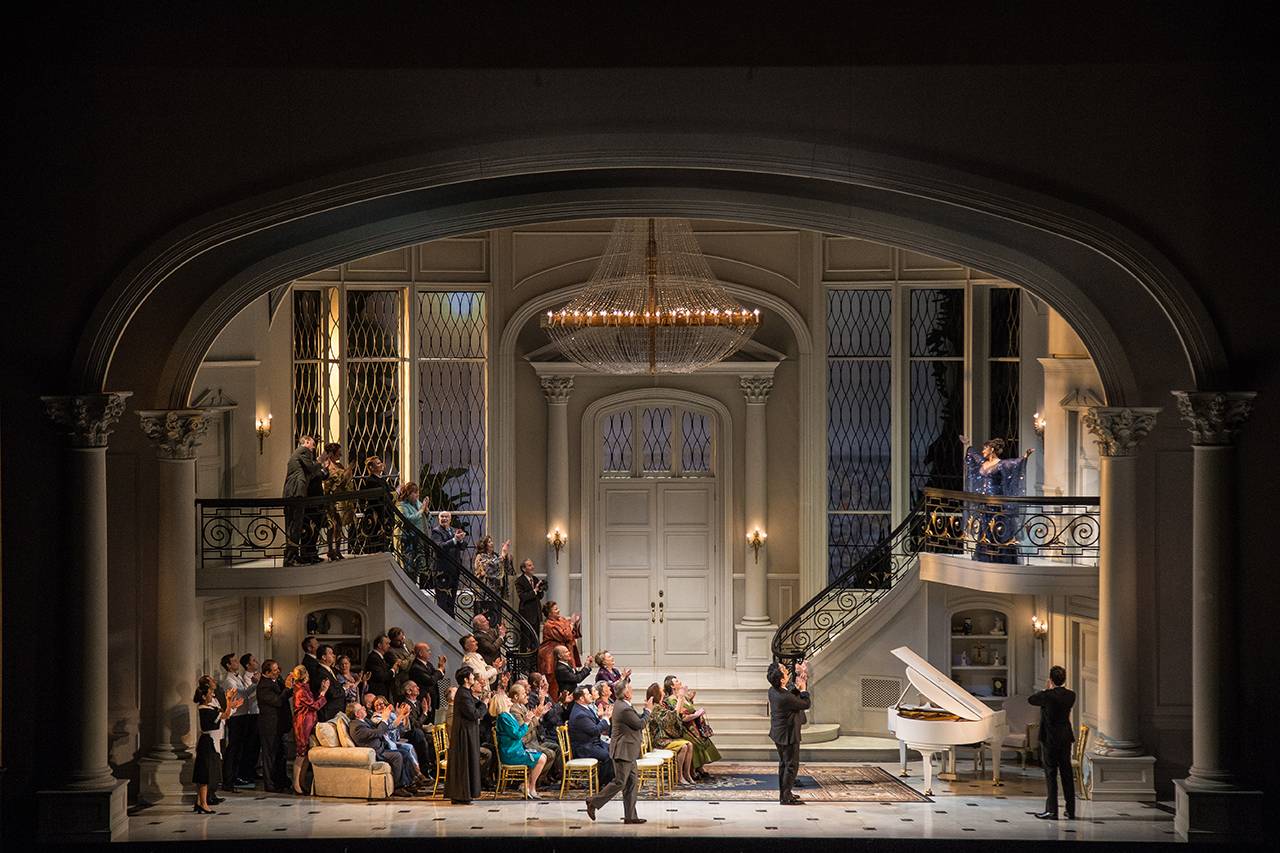 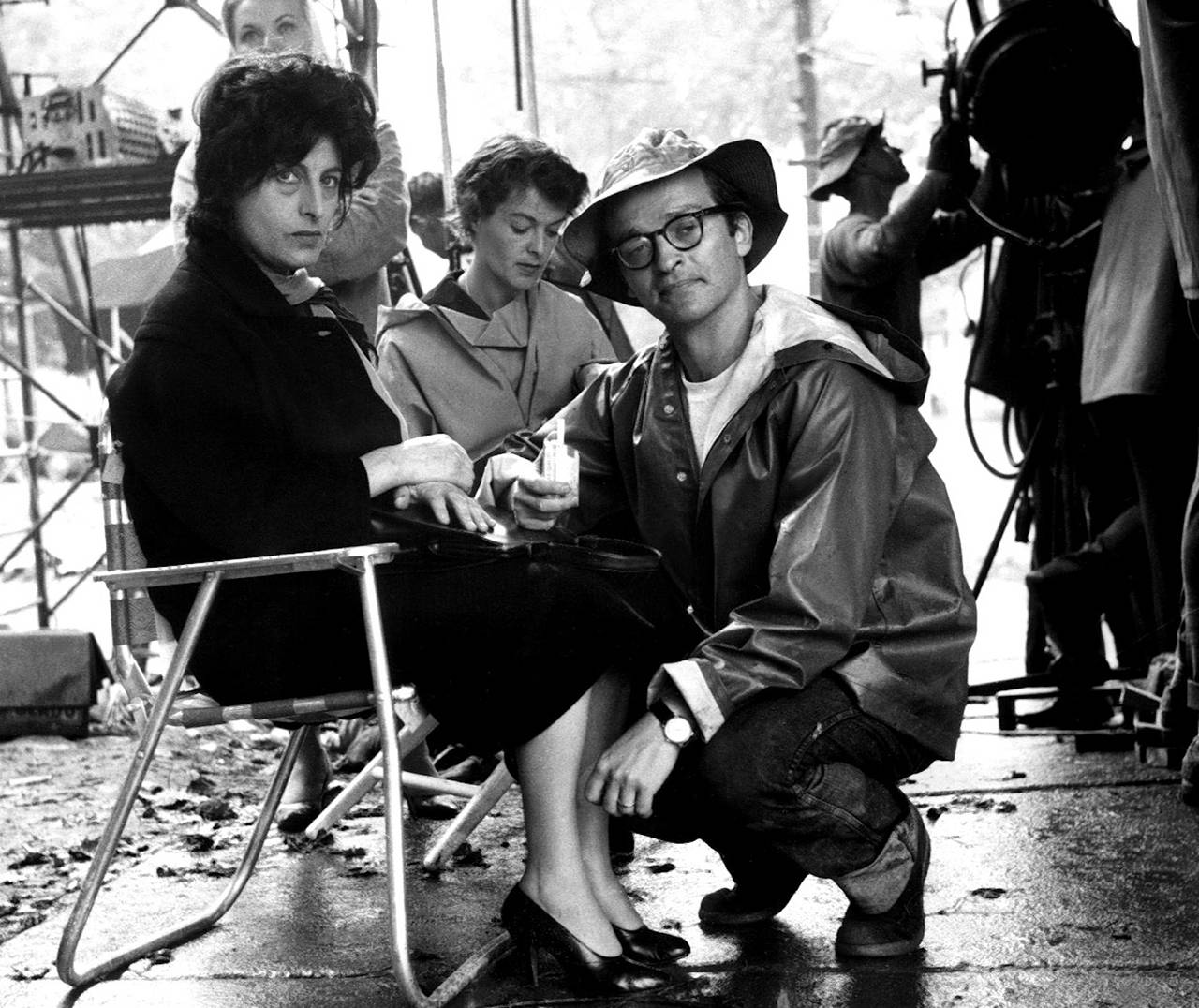