On September 11, 2001 at 9:37 a.m. American Flight 77 slammed into the Pentagon killing 184 people. What happened behind the walls of the Pentagon is a largely untold chapter in history. Fifteen years later, survivors and first responders shed light on that tragic day.

Churchill’s Secret
Sunday, September 11, 7 p.m., OETA-HD
Michael Gambon (The Singing Detective, Harry Potter) stars as Winston Churchill in this dramatization of Churchill’s life-threatening stroke in the summer of 1953, when he was prime minister for the second time.  His illness and battle to recover were kept secret from the world. Lindsay Duncan (Birdman) plays Churchill’s wife Clementine, and Romola Garai (The Hour) is the remarkable young nurse who cared for him.

The Contenders – 16 of ‘16
Tuesdays, September 13-November 1, 7 p.m., OETA-HD
This eight-part series reveals the humanity, the twists of fate, and the surprising mistakes behind 16 of the most compelling and tumultuous presidential campaigns in modern history. THE CONTENDERS will revisit the past 50 years of presidential election history and show how previous campaigns are still influencing politics in unexpected ways. THE CONTENDERS is underwritten locally by BancFirst.

Defying the Nazis: The Sharps’ War
Tuesday, September 20, 8 p.m., OETA-HD
With narration taken completely from the couple’s journals, this documentary, co-directed by Ken Burns and Artemis Joukowsky, tells the previously untold story of Waitstill and Martha Sharp, an American minister and his wife from Wellesley, Massachusetts, who left their children behind in the care of their parish to boldly commit to a life-threatening mission to save imperiled Jews and refugees in Nazi-occupied Europe.

Forces of Nature
Wednesdays, September 14-October 5, 7 p.m., OETA-HD
Forces of Nature is an epic blue-chip science series that explores the fundamental forces that shape our very existence. This stunning 4-part series co-produced with BBC tells compelling and emotional human and animal stories that illustrate the mysterious forces that shape the universe itself.  One episode explores the ways that gravity manifests itself; another delves into the weird and wonderful properties of light and color and how they make life possible. Also examined are the very nature of the Earth, and the internal motion that drives our bodies, our weather and some of the most dramatic events on the planet.

Frontline: Education
Tuesday, September 13, 8 p.m. CT, OETA-HD
“A Subprime Education”/ “The Education of Omarina” In a one-hour special, FRONTLINE presents two films that build on its education reporting. “A Subprime Education,” a fresh look at the troubled for-profit college industry, examines reports of predatory behavior and fraud and the implosion of the education chain, Corinthian Colleges; and “The Education of Omarina” shows how an innovative program to stem the high school dropout crisis has affected one girl’s journey, from a public middle school in the Bronx to an elite New England private school, and now on to college.

Frontline: The Choice 2016
Tuesday, September 27, 8 p.m., OETA-HD
FRONTLINE’s acclaimed series “The Choice” returns this fall with a two-hour film investigating what has shaped the two presidential candidates, where they came from, how they lead and why they want to take on one of the most difficult jobs imaginable. From veteran FRONTLINE filmmaker Michael Kirk, “The Choice 2016” will investigate formative moments in the candidates’ lives through interviews with those who know them best, providing in-depth, trustworthy reporting and powerful new insights at a moment when voters are being bombarded with conflicting partisan stories about each candidate.

Navajo Math Circles
Tuesday, September 13, 10 p.m. CT, OETA-HD
The one-hour special documents the meeting of two worlds when some of the country’s most accomplished mathematicians and math educators work with children and teachers in the underserved, largely rural Navajo educational system.

NOVA: School of the Future
Wednesday, September 14, 8 p.m. CT, OETA-HD
In a new age of information, rapid innovation and globalization, how can we prepare our children to compete? Discover how the new science of learning can help us reimagine the future of education for all children. NOVA is underwritten locally by the Oklahoma Association for Electric Cooperatives and Rockgate Financial Partners.

Poldark
Sunday, September 25, 7 p.m., OETA-HD
Against the breathtaking backdrop of 18th century Cornwall, Aidan Turner (Poldark), Eleanor Tomlinson (Demelza) and Heida Reed (Elizabeth) return as the complicated love triangle in a new season of the popular romantic saga, based on the novels by Winston Graham. MASTERPIECE is underwritten locally by Armstrong Auditorium.

POV: All the Difference
Monday, September 12, 9 p.m. CT, OETA-HD
Accompany two African-American teens from the South Side of Chicago on their journey to achieve their dream of graduating from college.

Royal Wives at War
Sunday, September 18, 7 p.m., OETA-HD
A revealing new look at the British abdication crisis of 1936 through the eyes of the two women at its heart. In a series of dramatized monologues set in 1967, Elizabeth the Queen Mother and Wallis Simpson look back at the dramatic events that led to Edward VIII’s decision to give up the throne for the woman he loved. This BBC co-production stars Emma Davies as Elizabeth, the Queen Mother; Gina McKee as Wallis Simpson; Nick Waring as Edward VIII; Emma Campbell-Jones as Thelma Furness; and John Sackville as George VI. 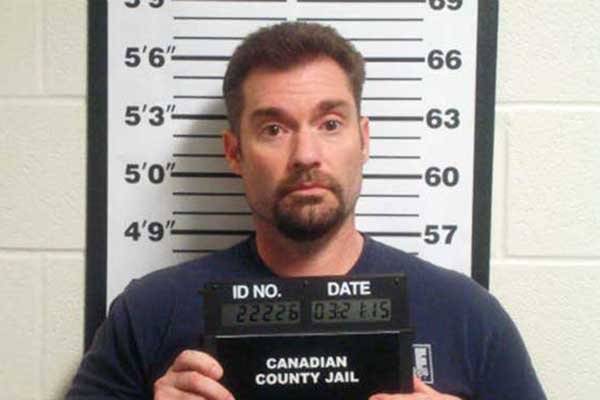