OETA to Air 9/11 Inside the Pentagon

As America marks the 15th anniversary of the September 11, 2001, terrorist attacks on the U.S., PBS will broadcast a new documentary, 9/11 INSIDE THE PENTAGON.  This film reveals new, first-hand accounts of the attack that took place at the heart of the US’ military headquarters – an attack in which 184 people from inside the building and on board American Airlines flight 77 perished. The one-hour film airs Tuesday, September 6, 2016, at 7 p.m. CT on OETA-HD. Encore showings are September 7 at 12  a.m., September 8 at 2 a.m., September 9 at 3 a.m. and September 12 at 1 a.m. on OETA-HD and September 7 at 7 a.m. and 7 p.m. on OETA-OKLA.

While most of the media coverage of the events of September 11 focused on New York City and United Flight 93, the story of what happened inside the Pentagon on that tragic day has never truly been told, until now.

“To know the full story of what happened on 9/11, we need to know what happened at the Pentagon,” said Kirk Wolfinger, executive producer of 9/11 INSIDE THE PENTAGON. “It’s remarkable that 15 years later, few of us really know the extent of the damage that took place there, the risk posed to our national defense apparatus and the dramatic stories of heroism that kept the Pentagon running throughout this ordeal—a point that the Defense Department is rightly very proud of. People returned to work at the Pentagon the very next day.”

“The attacks of September 11 altered the history of our nation, yet we realized that after 15 years, the events at the Pentagon remain largely underexplored,” said Beth Hoppe, Chief Programming Executive and General Manager of General Audience Programming for PBS. “Now, on the anniversary, this special uses first-hand accounts to shed light on what happened behind Pentagon walls on this tragic day.

Produced by Lone Wolf Media, 9/11 INSIDE THE PENTAGON revisits the events of 9/11 from the perspective of those who were in Washington, DC, working at or near the Pentagon.  Using exclusive first-person interviews with Pentagon personnel, first responders, aviation experts and journalists, as well as rarely seen Department of Defense footage taken from inside the Pentagon after the attack, the special tells the story of heroism and perseverance in the face of unimaginable, life-threatening obstacles.

Unlike those in New York City who were completely taken by surprise, those in Washington, DC, followed the news coming out of New York and realized that unaccounted-for flights still in the air would likely target significant, symbolic and strategic sites in the nation’s capital—including the Pentagon.

In the chaos that followed after Flight 77 struck the Pentagon, a group of workers inside would crawl through black smoke and pools of jet fuel looking for an exit, only to find themselves trapped behind a newly installed blast-proof window that was impossible to break open; emotional clashes over jurisdiction would break out between Pentagon personnel and first responders trying to find survivors in the wreckage; smoke would threaten to incapacitate the National Military Command Center; and an unaccounted-for plane would pose the threat of yet another strike.

9/11 INSIDE THE PENTAGON is a production of Lone Wolf Media and produced by Kirk Wolfinger. WCVE PBS in Richmond, Virginia is the presenting public television station. 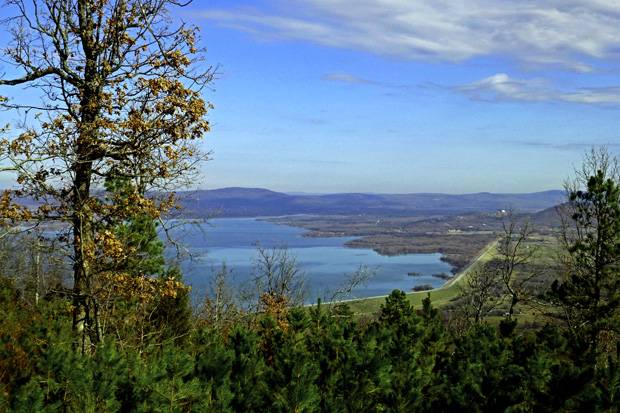