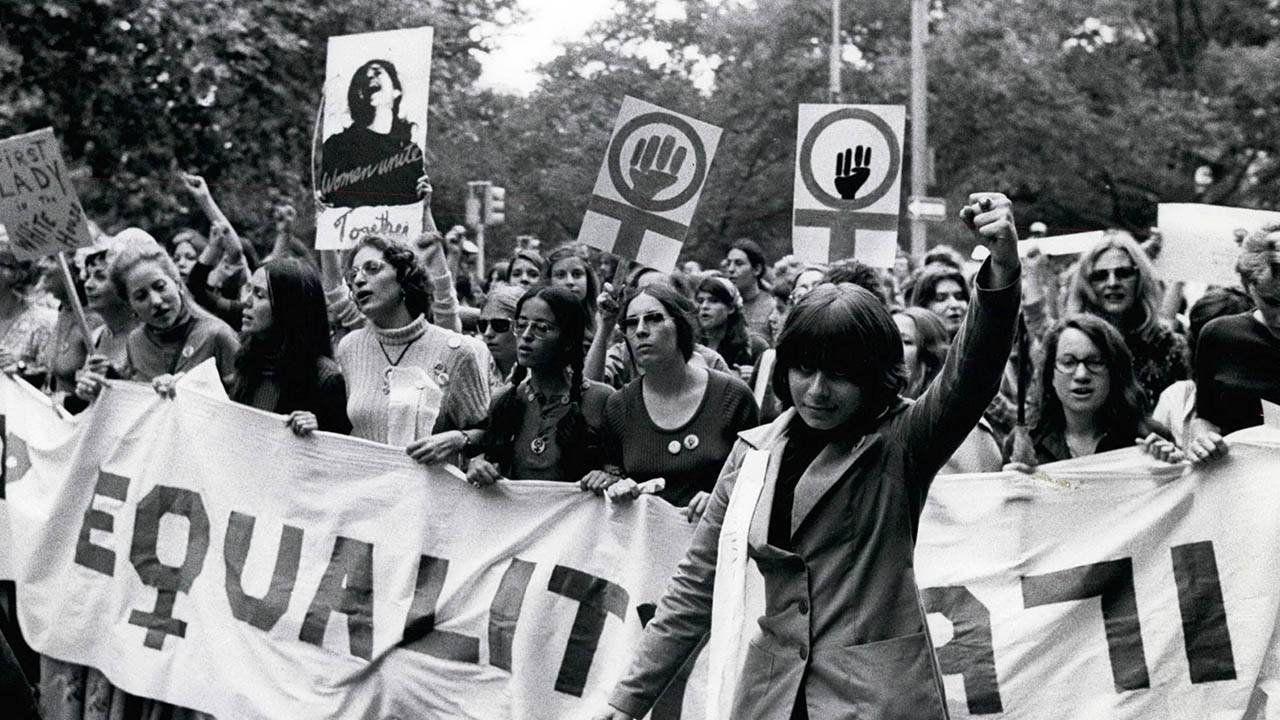 There’s a lot to celebrate this March as a part of Women’s History Month! Just over a century ago, it was illegal for women to vote in the United States. However, something big happened that would shape the world forever—World War I. During the war, women proved they were a valuable part of the American economy and workforce.Two short years since the conclusion of the war, women in the United States finally earned the right to vote through organization and demonstration.

This year America is celebrating the 100th anniversary of the passage of the 19th Amendment, guaranteeing the voting rights of women. This monumental piece of legislation was passed only through the insistence of the strong women who campaigned for it. Its passage paved the way for women to fight injustice and insist on equal rights in the years to follow and for years to come.

Rise Up: Songs of the Women’s Movement celebrates Women’s Right to Vote, from its ratification in 1920, and other historical milestones in women’s liberation through the 80s. The new special features empowering and beloved anthems from artists like Aretha Franklin, Loretta Lynn, Holly Near, Gloria Gaynor, Dolly Parton, Joan Jett, Cindy Lauper, Melissa Etheridge, Tina Turner and Annie Lennox. The documentary also features interviews with performers and leading activists, including Gloria Steinem, Jane Fonda and Toni Van Pelt, president of the National Organization for Women.

We also celebrate the life, work and contribution of PBS icon, Julia Child, in Julia Child’s Best Bites, Sunday, March 1 at 6:30 p.m. Premiering in 1963, The French Chef taught a nation of shake ‘n bakers who didn’t know their boeuf Bourguignon from their bouillabaisse how to cook well, eat well and drink well. More than 50 years after its debut, The French Chef remains important television. That’s why today’s most popular chefs, celebrities and Julia devotees have joined together to share personal insights and engage in light-hearted conversations as they screen—and delight in—Julia’s most-beloved episodes. If you need an extra serving of Julia Child, tune in to Julia Child: American Masters Friday, March 27 at 10 p.m.

Additional Women’s History Month programs include two back-to-back episodes from American Masters about famed authors, Louis May Alcott and Harper Lee. In Louisa May Alcott: The Woman Behind ‘Little Women’, the first film biography about the celebrated author, American Masters reveals a remarkable woman, ahead of her time, who was much more than a writer of children’s books. Combining elements of documentary, drama and animation, the film stars Elizabeth Marvel as Alcott and Tony winner and Jane Alexander as Alcott’s first biographer Ednah Dow Cheney. Harper Lee: Hey, Boochronicles how this beloved novel came to be written, provides the context and history of the Deep South where it is set, and documents the many ways the novel has changed minds and shaped history. For teachers, students or fans of the classic, Hey, Booenhances the experience of reading To Kill a Mockingbird. You can watch both of these programs Monday, March 16 at 9 p.m. and 10:30 p.m. respectively.