What Was Ours Coming to Independent Lens January 16

What Was Ours Coming to Independent Lens January 16 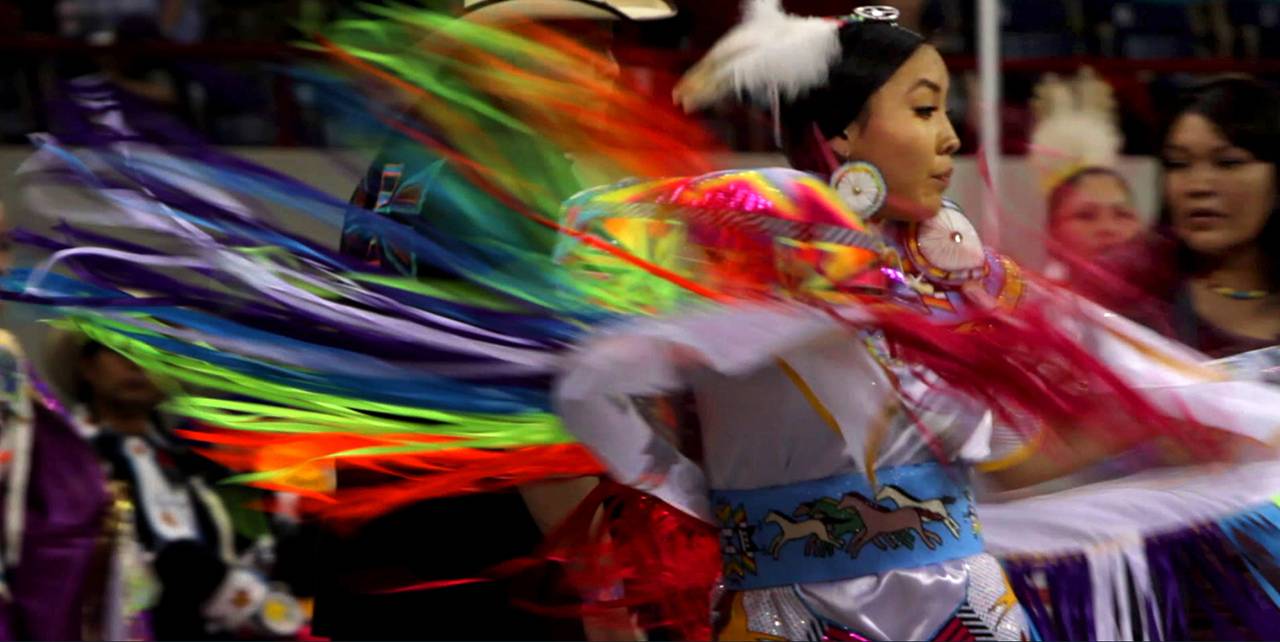 For the Eastern Shoshone and Northern Arapaho tribes living on the isolated Wind River Indian Reservation in Wyoming, new contact with lost artifacts risks opening old wounds but also offers the possibility for healing. A young Northern Arapaho journalist and a teenage powwow princess travel with an Eastern Shoshone elder to search for missing artifacts in the vast archives of a museum. There they discover a treasure trove of ancestral objects, setting them on a journey to recover what has been lost and build hope for the future. What Was Ours, directed by Mat Hames, premieres on Independent Lens Monday, January 16, 2017, 9 p.m. on OETA-HD.

When Jordan Dresser returned to Wind River after graduating from college, he began working at the casino on the reservation. He was excited when they expressed interest in establishing a museum on the premises to tell the stories of the Eastern Shoshone and Northern Arapaho, but was surprised to learn the tribes no longer had possession of many artifacts. Most were located in museum collections around the country. How, he wondered, could Wind River get them back?

The journey to recover sacred objects takes him from the Episcopal Church Diocese in Casper, which had taken charge of a collection of objects formerly housed on the reservation, all the way to Chicago’s Field Museum. Making the trip to Chicago with Jordan were Mikala SunRhodes, a Northern Arapaho student, and Philbert McLeod*, an Eastern Shoshone elder whose last trip off the reservation was when he left to fight in Vietnam, where he nearly died. Philbert believes an old beaded charm passed down by an elder helped him survive. Reluctant to make the trip at first, he decides to go because he and other elders want Wind River’s young people to know who they are and be inspired to bring the artifacts home.

Once at the Field Museum, Jordan, Mikala, and Philbert see rooms full of tribal artifacts and learn that a curator had purchased them in the early 20th century, when members of the tribe, removed from their traditional culture, sold them for money to survive. While grateful that the artifacts have been preserved, they are sad to see them closed up in drawers in the dark, away from the people who used them and could best interpret them. “We went there to go view pieces of ourselves, but we had to leave them there,” said Jordan.

The tribal members decide to focus their efforts on the Edith May Adams collection, the artifacts held by the Episcopal Church. During her lifetime, Adams, a deacon of the church, had lived on Wind River and purchased items from tribal members in need of cash. Upon her death she specified in her will that the artifacts be turned over to the church for safekeeping for the tribes.

After discussion with Northern Arapaho members of St. Joseph’s Mission on Wind River, the Episcopal Church agreed to loan objects from the collection to be displayed at the Wind River Hotel & Casino Experience Room, where they continue to remain today. The museum has been an empowering experience for the community, allowing them to tell their story in their own way.

“Our ancestors have fought for us as Indian people to live this way,” said Mikala SunRhodes. “We’re strong people because we have gone through so much. I’m proud of where I live and where I come from. I have to keep fighting for what I’ve been given.”

Currently playing film festivals, What Was Ours was recently awarded both Best Feature and Best of Class X at SWAIA Indian Market in Santa Fe during the Smithsonian Native Cinema Showcase.

Visit the What Was Ours page on Independent Lens, which features more information about the film. What Was Ours will be available for online viewing on the site beginning January 17, 2017.

*Note: Philbert McLeod passed away in January 2016 following the completion of the film.