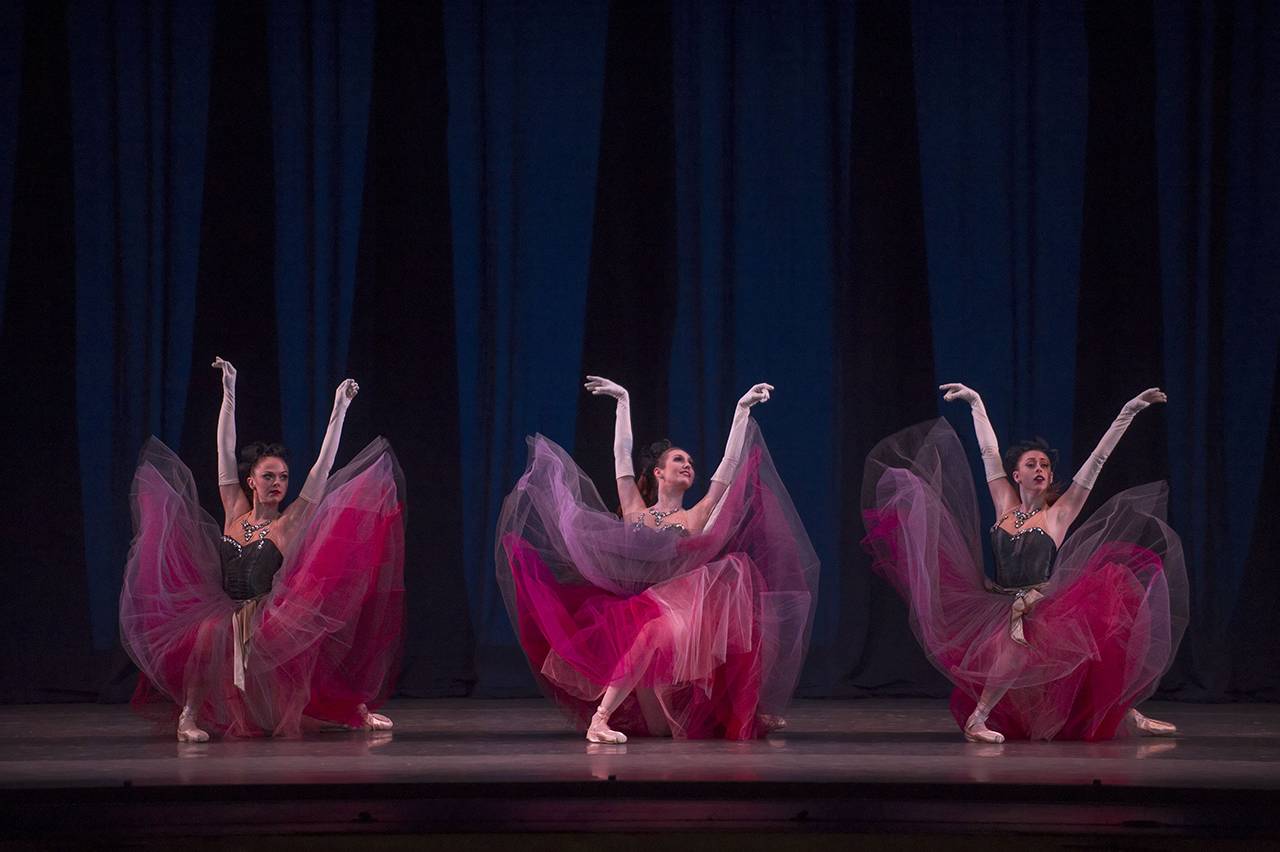 During the summer of 2016, New York City Ballet made a triumphant return to Paris for a three-week season at the historic Théâtre du Châtelet. The engagement’s closing night performance, featuring four ballets by NYCB co-founder George Balanchine to the music of French composers, will now air as a special two-part Great Performances broadcast on consecutive Fridays, February 17 and February 24 at 8 p.m. on OETA.

The first program, New York City Balletin Paris opens with Walpurgisnacht Ballet, set to music by Charles Gounod, and originally choreographed for a Paris Opera Ballet production of the opera Faust in 1975.  First performed as an independent work by NYCB in 1980, Walpurgisnacht Ballet is a joyful embodiment of classical choreography, ending with a surging finale that sends 24 ballerinas soaring across the stage. The cast for Walpurgisnacht Ballet includes Sara Mearns, Adrian Danchig-Waring, and Lauren Lovette.

The first program culminates with La Valse, set to the music of Maurice Ravel, and created in 1951.  A neo-Romantic, narrative work, La Valse depicts a young woman at a ball who is simultaneously horrified and fascinated by her own vanity, and finds herself strangely drawn to a figure of Death.  The cast for La Valse features Sterling Hyltin, Jared Angle, and Amar Ramasar

The second program, New York City Ballet Symphony in C, opens with Sonatine, a pas de deux of polished simplicity and emotional interplay to the music of Maurice Ravel.  Created in 1975 for the French-born dancers Violette Verdy and Jean-Pierre Bonnefoux, it is danced here by Megan Fairchild and Joaquin De Luz, with solo pianist Elaine Chelton.  The finale of the two-part Great Performances special is Balanchine’s Symphony in C, a signature work of the New York City Ballet to a score by Georges Bizet.  This landmark ballet in four movements is performed by more than 50 dancers, including Tiler Peck, Andrew Veyette, Teresa Reichlen, Tyler Angle, Alston Macgill, Anthony Huxley, Brittany Pollack, and Taylor Stanley.

Both programs are hosted by NYCB Ballet Master in Chief Peter Martins, who began his association with New York City Ballet as a guest dancer in 1967 and was a Principal Dancer with NYCB from 1970 to 1983, working closely with Balanchine, NYCB co-founding choreographer Jerome Robbins, and NYCB co-founder Lincoln Kirstein.  Selected to be the artistic leader of NYCB following Balanchine’s death in 1983, Martins is one of the longest serving artistic directors of any American arts institution.  In addition, Martins is also the Artistic Director and Chairman of the Faculty of the School of American Ballet, which was also co-founded by Balanchine, as well as the co-Founder and Artistic Director of the New York Choreographic Institute.

New York City Ballet’s 2016 Paris season marked the 12th edition of Les Etés de la Danse, the annual summer dance festival that since 2005 has presented international dance companies for three weeks of performances in the French capital. For NYCB’s first-ever appearance at the festival, the Company presented 20 different ballets, including 14 works by NYCB’s Co-Founder George Balanchine. The season took place at the Théâtre du Châtelet, which is under the direction of Jean-Luc Choplin, and was NYCB’s tenth engagement in Paris, following previous engagements in the French capital in 1952, 1955, 1956, 1965, 1980, 1983, 1989, 1995, and 2008

New York City Ballet was the largest company, with the most extensive repertory, ever presented by Les Etés de la Danse.  Leadership support of NYCB’s Paris tour was provided by the Paulson Family Foundation, with generous corporate support from Bank of America Merrill Lynch.  The Travelers Companies, Inc. is the Global Sponsor of New York City Ballet.

Great Performances is produced by THIRTEEN PRODUCTIONS LLC for WNET, one of America’s most prolific and respected public media providers. Throughout its more than 40 years on public television, Great Performances has provided viewers across the country with an unparalleled showcase of the best in all genres of the performing arts, serving as America’s most prestigious and enduring broadcaster of cultural programming.

The two broadcasts were produced for Bel Air Media by Francois Duplat, and directed by Vincent Bataillon, and are  a production of ARTE France, BEL AIR MEDIA, and THIRTEEN PRODUCTIONS LLC for WNET.