The Tunnel Premieres June 19 on OETA-HD

The Tunnel Premieres June 19 on OETA-HD 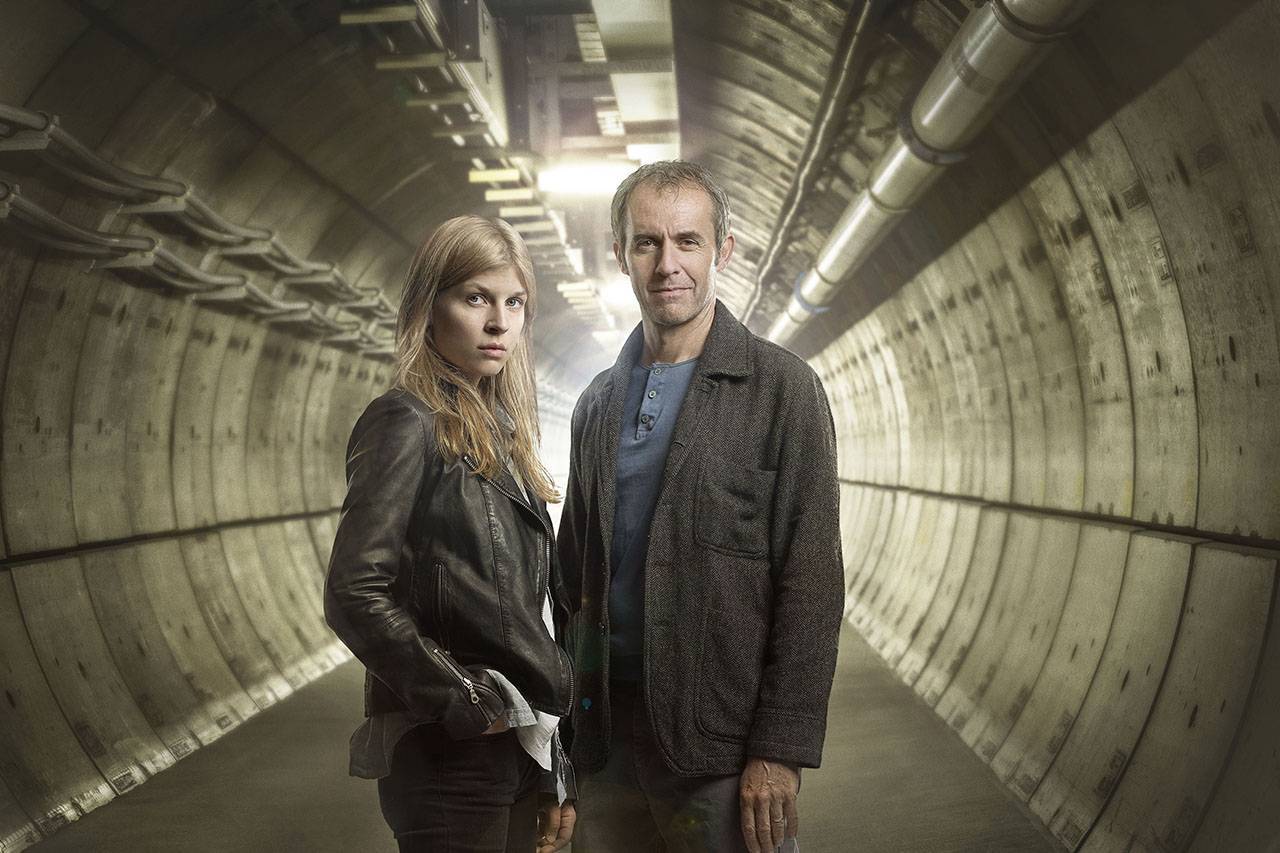 The critically acclaimed British crime drama THE TUNNEL debuts Sunday, June 19, 2016, at 9:30 p.m. CT on OETA-HD. The 10-part series airs after the VICIOUS series finale at 8:00 p.m. ET and the premiere of “Endeavour, Season 3” on MASTERPIECE at 8:00 p.m. CT, furthering PBS’ position as the Sunday night destination for drama.

THE TUNNEL is set against the backdrop of Europe in crisis. When a prominent French politician is found dead in the middle of the Channel Tunnel, straddling the border between the UK and France, detectives Karl Roebuck, played by Stephen Dillane (“Game of Thrones”) and Elise Wassermann, played by Clémence Poésy (Harry Potter and the Deathly Hallows: Parts I and II) are sent to investigate on behalf of their respective countries.

The case takes a surreal turn when a shocking discovery is made at the crime scene, forcing the French and British police into an uneasy partnership. As the serial killer uses ever more elaborate and ingenious methods to highlight the moral bankruptcy of modern society, Karl and Elise are drawn deeper into his increasingly personal agenda.

“PBS is proud to add THE TUNNEL to our summer mystery line-up,” said Beth Hoppe, Chief Programming Officer and General Manager, General Audience Programming, PBS. “This extraordinary crime drama is a perfect addition for Sunday at 10 p.m. as part of our world-class drama programming.”

Based on the original hit Swedish series from Filmlance International “The Bridge,” and created by Hans Rosenfeldt, Måns Mårlind and Björn Stein, THE TUNNEL is produced by Kudos and Shine France Films for Sky Atlantic HD UK and Canal+ France and distributed by Endemol Shine International. Executive producers include Jane Featherstone, Manda Levin, Karen Wilson and Ben Richards alongside Nora Melhli, Director of Drama at Shine France Films and Lars Blomgren, Managing Director of Filmlance. The series is produced by Ruth Kenley-Letts.