The Little Miniaturist Blog - Episode One 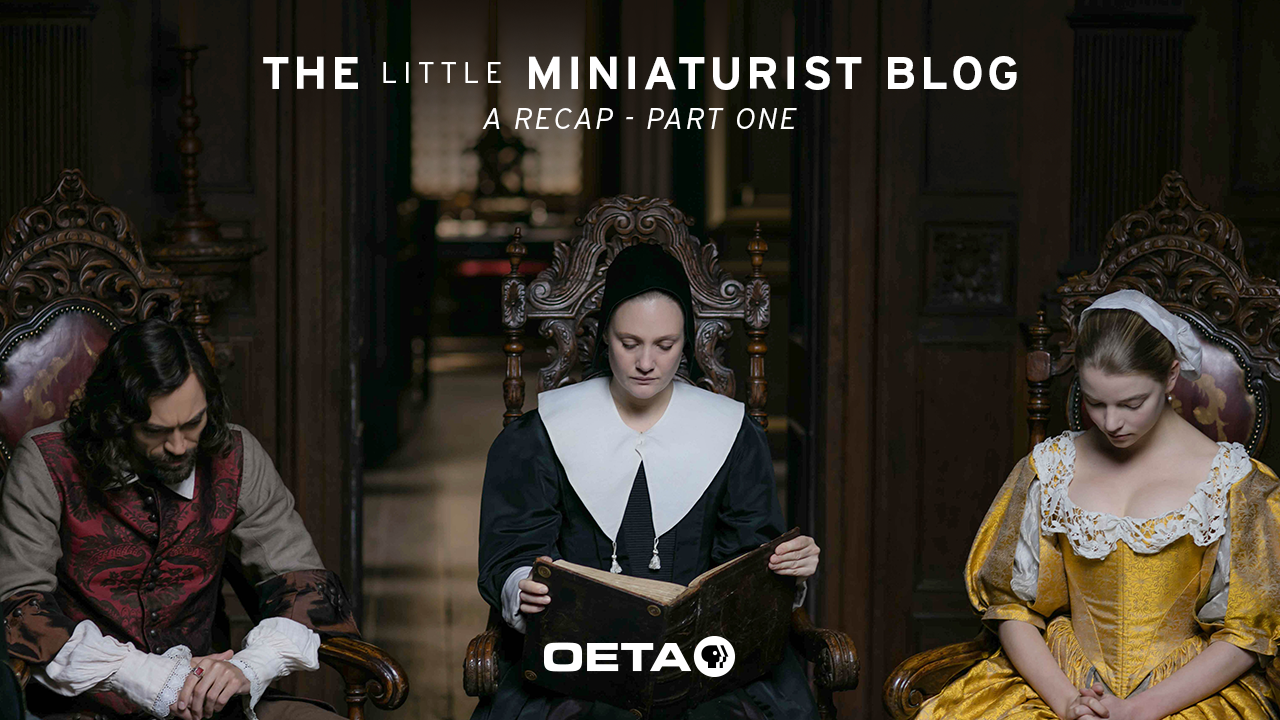 When watching The Miniaturist, pay attention, because it moves fast. And not just for a British period piece. Set in 1686 Amsterdam amid a climate of religious fervor, The Miniaturist immediately throws its main character into the deep end. In rapid-fire succession we’re introduced to Petronella, the oldest daughter of a once wealthy family whose estate has fallen into debt. Petronella is married off to an older, wealthy merchant named Johannes. When Petronella arrives at her new husband’s home, carrying a cage holding her pet parakeet, she is met by Johannes’ sister, Marin. Marin isn’t just religious; she’s probably wearing a hair shirt under her plain black dress.

Next we meet Otto, Johannes’ “man servant” and Cornelia, the exasperated maid. Cornelia is fun with her attitude that says, “I’m so over this.” Otto and Cornelia are somewhat kind to Petronella, Marin, however, lets Petronella know that she’s not wanted.

When Johannes finally arrives back from dealing with business, Petronella eavesdrops on an interaction between Marin and her brother. Johannes and Marin seem almost…incestuous?

Johannes seems to like Petronella, even promising to be a good husband. Though he ignores Petronella and is often away on “business.” One evening, Petronella throws herself at her new husband who abruptly stops her advances and screams at her to leave. Leaving us all confused.

He does, however, give Petronella a wedding gift, a dollhouse that’s a replica of his home. She’s given a list of artisans in Amsterdam and finds a miniaturist to make furniture for her new gift.

She goes to the miniaturist’s workshop to order some pieces for her house, but the shop is closed. She leaves her order there when she witnesses a mysterious woman standing in the street staring at her. The woman disappears into the crowd. The woman later appears again when Marin takes Petronella to church. And again, she’s staring at Petronella before walking out of the church.

When Petronella finally receives the pieces she ordered from the miniaturist, she’s shocked to find tiny replicas of furniture in her room that she never ordered, as if someone could see into her room, or, had been there before.

The aforementioned miniaturist uses these extra pieces to guide Petronella on an investigation into the mystery of the house and family she finds herself a part of.

The Miniaturist leads you down a path by focusing on Marin and the mystery of the miniature furniture. And, just when you’re certain where The Miniaturist is taking you, the first episode ends with Petronella going to Johannes’ office and finding him in an intimate situation with…another man. And just like that, you’re forced to rethink every scene, every minute of the episode you just watched!