Posted by Ashley Barcum on 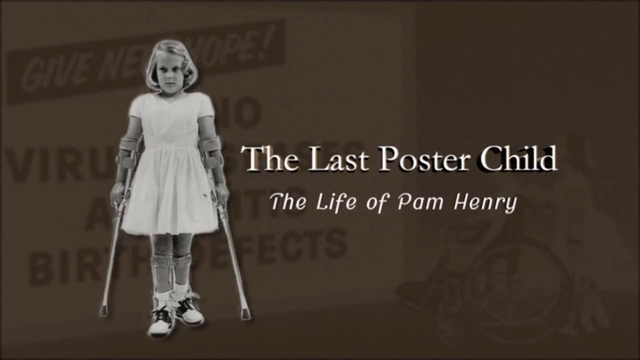 It was a meeting that ignited the imagination of a young girl and foreshadowed a distinguished, barrier-breaking future career.

Eight-year-old Pam Henry of Oklahoma City was ushered into the CBS studios in New York and there to greet her was iconic television news anchor Walter Cronkite. Seeing the world map on the set behind the news desk, Henry promptly told an amused Cronkite, “I know what that’s for.”

“You do?” Cronkite replied. Henry, stricken with polio when she was only 14 months old, walked to the map and, pointing with one of her crutches, delivered an impromptu weather forecast. She was, after all, from Oklahoma.

Years later, as Pam Henry began working in broadcast journalism, she and Cronkite would remember that encounter, and the legendary newsman predicted that she would do well in the male-dominated field, citing her “aplomb” at such a young age. “I had to look up the word ‘aplomb,’” Henry remembered, “but it was a compliment.”

Henry’s amazing, inspiring life is the subject of the documentary film “The Last Poster Child,” premiering on OETA tonight, Thursday, July 16 at 7 p.m.

“So many people know Pam from her years in radio and television journalism in Oklahoma. But fewer are aware of Pam’s national fame as the March of Dimes’ 1959 poster child representing the fight to eradicate polio,” said the film’s producer/director Don Sherry.

“Pam and her mother took an amazing journey across the country early in 1959 to promote the work of the March of Dimes. Pam met and participated in publicity events with everyone from Sen. John F. Kennedy to the top movie and Broadway stars of the day. Her picture was on billboards, in the newspapers and newsreels and on television, and millions of people came to know her as the symbol of the disease that ravaged the country in the early and mid-portions of the last century,” Sherry said

By the time she returned home to Oklahoma, Henry’s interest in journalism had been sparked by her meetings with Cronkite and another broadcasting legend, Edward R. Murrow. While still in college at the University of Oklahoma, she began working in radio. But she was determined to break into television—something no woman had yet done in the state of Oklahoma. She succeeded, becoming the first female journalist at Oklahoma City’s WKY-TV in 1972 (now KFOR-TV). She would go on to work for several television stations—and capped her journalism career spending 16 years at OETA, retiring in 2002 as manager of news and public affairs for the network. She was inducted into the Oklahoma Journalism Hall of Fame in 2004.

Although health issues forced her to leave daily journalism, Henry has taken on another role since her retirement. “Pam is one of the most respected, forceful and effective advocates in Oklahoma for those with disabilities,” Sherry said. “She is tireless and persuasive. I have been to the state capitol and city hall with her and watched her interact with policy makers. She is universally respected.”

“The Last Poster Child” features extensive interviews with Henry and her former colleagues and coworkers, among others, including OETA's Dick Pryor and NBC’s Bob Dotson, who was instrumental in Henry’s hiring at WKY-TV.

“The thing about Pam Henry was that she just showed up and did her job, and then made it special,” Dotson said. “And by watching her do what she did, I realized that really is a blueprint for my life, too.”