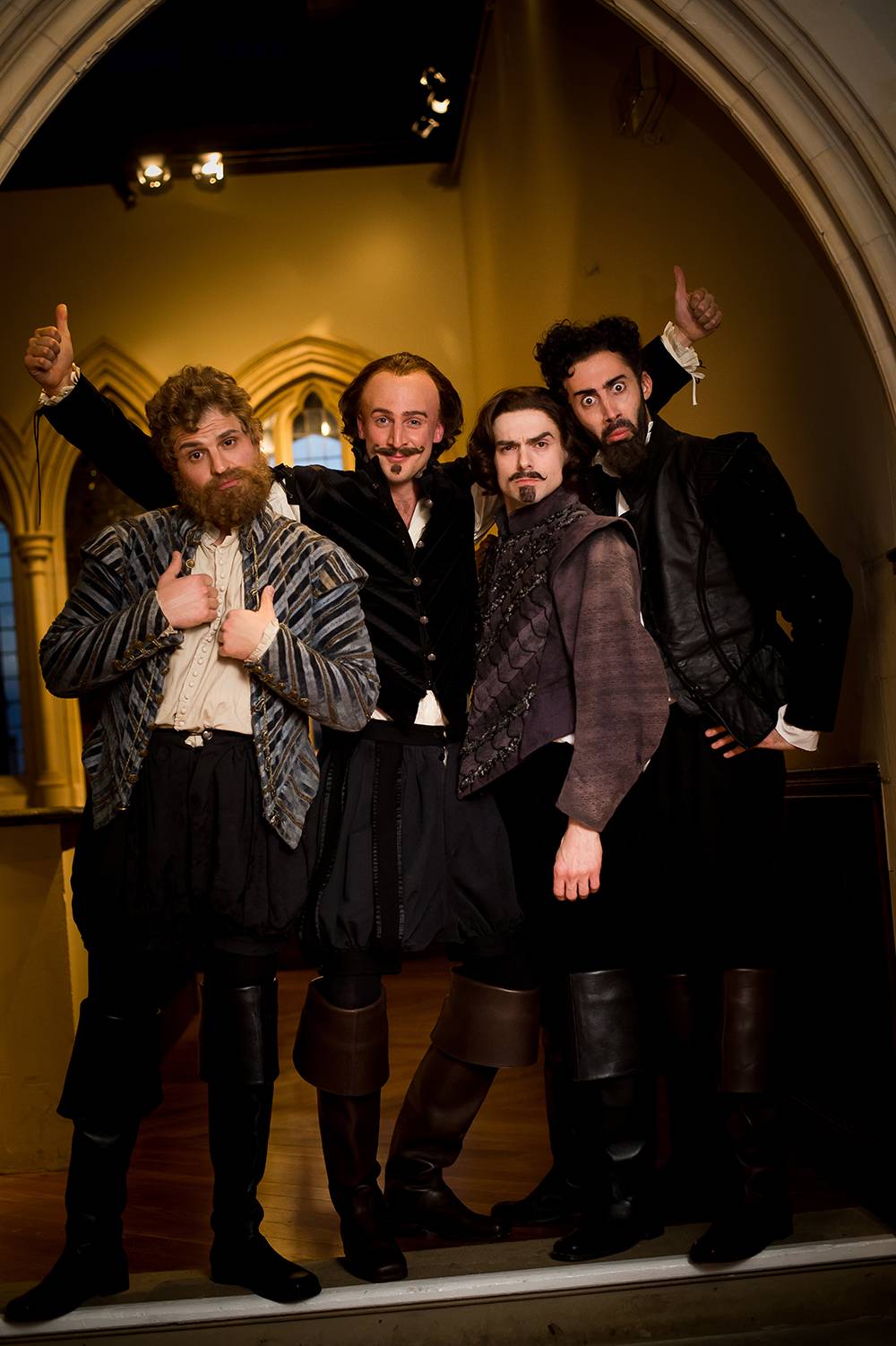 To commemorate the 400th anniversary of William Shakespeare’s death on April 23, 2016, The Royal Shakespeare Company hosted a glittering jubilee party with an all-star cast.

Shakespeare Live! -- celebrating the international legacy of Shakespeare in all the performing arts, including opera, ballet, hip hop, blues, jazz and musical theater, from The Bard’s hometown of Stratford-upon-Avon – comes to Great Performances, Friday, December 23 at 8 p.m. on OETA to conclude  the 2016 PBS Arts Fall Festival.

The once-in-a-lifetime cast was assembled and directed by Gregory Doran, Artistic Director of the Royal Shakespeare Company, and took place in the presence of Their Royal Highnesses the Prince of Wales and the Duchess of Cornwall.

Beyond the many dramatic highlights of the evening, the show is filled with music and dance.

Country duo The Shires perform a special interpretation of Shakespeare’s poem “Under the Greenwood Tree”; Henry Goodman and Rufus Hound give their own rendition of “Brush Up Your Shakespeare” from the musical “Kiss Me Kate”; and the Midlands Youth Jazz Orchestra perform Duke Ellington’s “Black and Tan Fantasy” which is used for an Othello-inspired dance courtesy of the Birmingham Royal Ballet.

Akala and his award-winning music theatre production company Hip Hop Shakespeare perform a brand new composition; while dancers from the Royal Ballet will perform Prokofiev’s “Romeo and Juliet,” accompanied by the 65-piece Orchestra of the Swan. Musicians Rufus Wainwright, Gregory Porter and Ian Bostridge offer songs inspired by Shakespeare: Rufus Wainwright sings Sonnet 29; a filmed performance of Gregory Porter sings “When That I Was And A Little Tiny Boy”; and there is a haunting rendition of “Come Away, Death” from Ian Bostridge accompanied by Sir Antonio Pappano, recorded at the Holy Trinity Church in Stratford-upon-Avon, where Shakespeare is buried.

Reviewing the evening in The Guardian, Robert McCrum found it “an apt and vivid reminder of the playwright’s chameleon brilliance, his astonishing powers of assimilation, and the way in which the inspired juxtapositions of his language and poetry can ignite the cortical synapses of the imagination like no one in our literature.”

Dominic Cavendish in The Telegraph noted, “McKellen’s fiery delivery of lines about refugees from Sir Thomas More or Rufus Wainwright’s beautiful version of the sonnet ‘When In Disgrace with Fortune and Men’s Eyes,’ sent shivers down the spine. Roger Allam as a raving Lear, Harriet Walter as a dying Cleopatra and Helen Mirren as Prospero provided a last-minute embarrassment of tragic riches.”

Great Performances is produced by THIRTEEN PRODUCTIONS LLC for WNET, one of America’s most prolific and respected public media providers. Throughout its more than 40 year history on public television, Great Performances has provided viewers across the country with an unparalleled showcase of the best in all genres of the performing arts, serving as America’s most prestigious and enduring broadcaster of cultural programming.