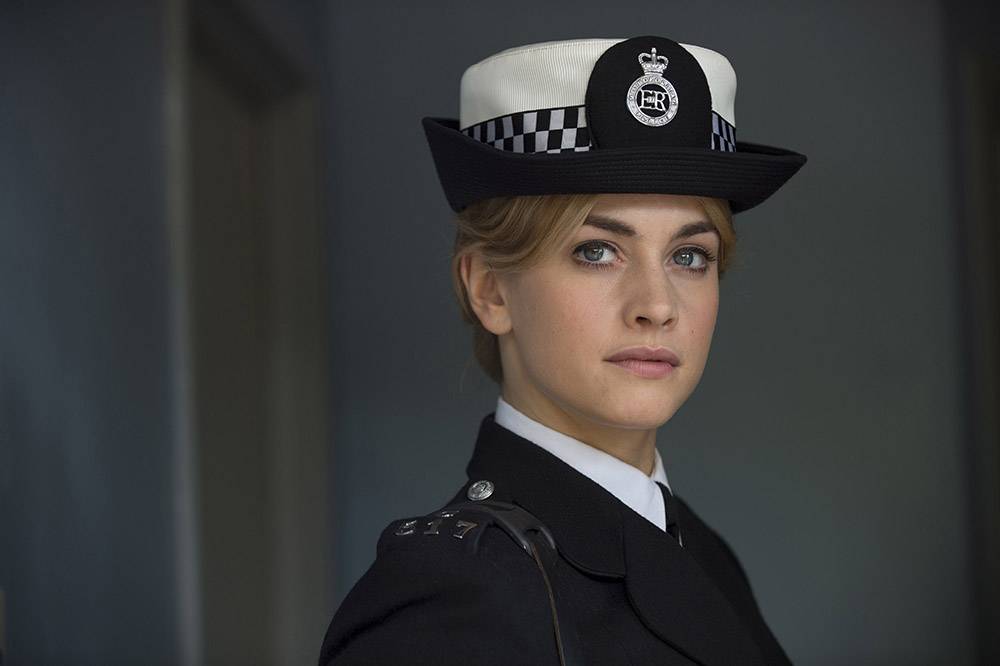 Behind every great detective is a backstory. MASTERPIECE dials back the clock to spotlight the influences that turned 22-year-old rookie policewoman Jane Tennison into the savvy, single-minded crime fighter beloved by Prime Suspect viewers over the course of seven seasons. Starring Stefanie Martini (Doctor Thorne) in the iconic role immortalized by Helen Mirren, Prime Suspect: Tennison airs in three riveting 90-minute episodes airing summer 2017 on MASTERPIECE on PBS.

Tied to murder, gambling, narcotics, prostitution, and high-stakes break-ins, the Bentleys and their underworld rivals give Jane a crash course in the gritty realities of police work—an experience that is all the more challenging because she is a young woman trying to make it in the sexist culture of the force.

Set in 1973 amid the sounds of the pop tunes of the day, Prime Suspect: Tennison opens with Jane a newly minted WPC (Woman Police Constable), performing her probationary stint at Hackney Police Station in East London. Relegated to traffic incidents, dispatching, and other routine police chores—in addition to serving the senior officers tea—she gets her big break when a murder case of a young girl calls for an all-hands-on-deck investigation.

So commences Jane’s real education. The case officer, DCI Len Bradfield, discovers that she is an eager learner and an indispensable assistant for any task that comes up: from observing an autopsy to surreptitiously gathering clues while comforting the victim’s parents. Not to mention, Bradfield finds Jane irresistibly attractive.

The murder victim is a young prostitute and drug addict from a respectable middle-class family. The case is more complicated than it appears, with baffling wounds on the corpse, signs of captivity and bondage, and a widening circle of potential suspects.

Meanwhile, in a nearby prison, Clifford Bentley is about to be released after serving a sentence for burglary, which is the least of his crimes. He wastes no time setting the wheels in motion for a new felony—his masterpiece. Little does Jane know, but she has already met some of the participants in this plot, which will have a profound impact on her personality and outlook, helping to mold the hard-bitten, hard-driving character that millions of Prime Suspect viewers know as DCI Jane Tennison.

Prime Suspect: Tennison is a co-production of ITV Studios, NoHo Film & Television and MASTERPIECE for ITV. The producer is Rhonda Smith and the director is David Caffrey. The executive producers are Camilla Campbell and Robert Wulff-Cochrane for Noho Film and Rebecca Eaton for MASTERPIECE on PBS.