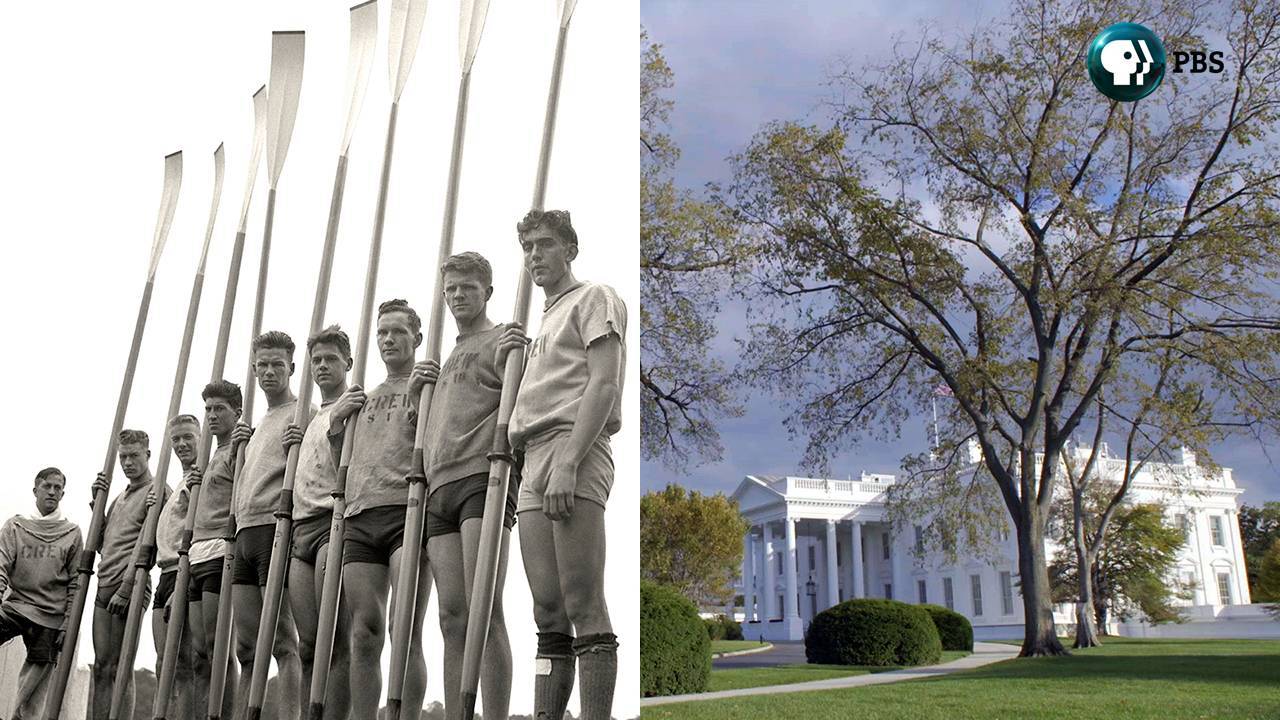 The PBS summer schedule offers comprehensive election coverage, as well as specially themed programs around the 31st Olympiad in August 2016. Anchored by live broadcasts of the Republican (July 18-21) and Democratic(July 25-28) National Convention activities, election-themed programs include an encore presentation of six films from theAMERICAN EXPERIENCE award-winning collection “The Presidents,” August 8-18, and a fresh documentary on America’s most prominent address and historic landmark, THE WHITE HOUSE: INSIDE STORY (view clip), on July 12. The recently announced issues-and-social-media-driven weekly series POINT TAKEN, hosted by Carlos Watson (premiered April 5), and an Olympic underdog story in AMERICAN EXPERIENCE “The Boys of ’36,” on August 2, round out additional summer features (view clip).

Summer on PBS also brings the premiere of new Sunday dramas, including new episodes of MASTERPIECE favorites “Endeavour,Season Three” on June 19 and Oxford drama “Inspector Lewis, The Final Season” on August 7.  The crime series THE TUNNEL(view clip), from the makers of “The Bridge,” involves intrigue and mystery when a body is found in the Channel Tunnel between England and France, and premieres June 19; the BBC production DANCING ON THE EDGE follows a black jazz band in 1930s London and premieres June 26. The hit series VICIOUS, a comedy with two extremely dramatic leads in Derek Jacobi and Ian McKellen, returns with a one-night, series finale special on Sunday, June 19.

“As the national conversation around elections continues throughout the summer, viewers will get comprehensive coverage and reporting from the Republican and Democratic National Conventions through award-winning news and public affairs programs like PBS NEWSHOUR and PBSNEWSHOUR WEEKEND,” said Beth Hoppe, PBS Chief Programming Executive and General Manager, General Audience Programming. “Also this summer, timed with the start of the Olympic games in Rio, we are showcasing new documentaries from AMERICAN EXPERIENCE and INDEPENDENT LENS about athletes who have triumphed over adversity to ultimately win the gold.  Rounding out the schedule is a fresh selection of Sunday dramas, and intriguing science specials, engaging viewers in a variety of informational and entertaining programming all summer long."

New, engaging and accessible science programs provide in-depth insights into the greatest scientific minds in GENIUS BY STEPHEN HAWKING (view clip). The six-part series, hosted by Hawking, debuts with back-to-back episodes May 18 and demonstrates how ordinary people around the world can grasp history’s greatest scientific discoveries through a series of large-scale experiments and remarkable demonstrations. On June 22, the conservation-focused special THE GREAT POLAR BEAR FEAST(view clip) examines the impact of environmental change on polar bears and their cubs. The three-part natural history seriesSUPERNATURE – WILD FLYERS (view clip), a co-production with the BBC, focuses on animals – from the quirky leapers to the extraordinary gliders – that push the laws of physics and live airborne, starting June 29. Also a co-production with BBC is the documentary film KOKO THE GORILLA WHO TALKS(view clip), premiering August 3, features footage from four decades and examines the relationship between American psychologist Penny Patterson and the gorilla Koko.

Back this summer is the NATIONAL MEMORIAL DAY CONCERT, live on May 29, and the popular Independence Day celebration A CAPITOL FOURTH on July 4 (performers to be announced). The worldwide attention focused on the 2016 Rio Olympics offers viewers a chance to reflect on the history of that international institution with specials that show different sides of the Olympics story. On August 2, two programs examine the 1936 Summer Games in Berlin, and it’s impact on modern-day Olympics. The first isNAZI GAMES – BERLIN 1936 and then, from AMERICAN EXPERIENCE, “The Boys of ’36,” about the American rowing team that triumped at the 1936 games. The INDEPENDENT LENS documentary “T-Rex Her Fight for Gold” introduces 17-year old boxer Claressa “T-Rex” Shields and recounts her rise from Flint, Michigan, to the first gold medal podium for women’s boxing at the 2012 London Olympics.

PBS’ commitment to independent film and documentary is strong this summer with provocative, moving stories. The award-winning series POV, now in its 29th season, presents works by the world’s most talented documentary filmmakers on Monday nights. Highlights include the Oscar®-nominated “The Look of Silence,” in which an optometrist confronts the men who killed his brother in the horrific 1965 Indonesian genocide, premiering on June 27, and “Pervert Park,” which examines the life of sex offenders living in the Florida Justice Transitions trailer park, on July 11. A new season from the venerable FRONTLINE returns on Tuesday nights, along with several new documentaries from INDEPENDENT LENS.

New but previously announced series premiering this summer on PBS include GENEALOGY ROADSHOW Season Three, uncovering fascinating stories of diverse Americans in six new cities starting May 17. This time Albuquerque, Miami, Houston, Boston, Providence and Los Angeles are in the mix (view clip). Starting June 29, the BBC co-production 9 MONTHS THAT MADE YOU(view clip) tells the fascinating story of humans from conception to birth 280 days later, revealing the unbelieveable choreography that made each of us.

A chronological listing of summer 2016 PBS programs follows, grouped by month and by premiere date:

MASTERPIECE “Wallander, The Final Season” - Kenneth Branagh (My Week with Marilyn) returns as Inspector Kurt Wallander  in the Swedish sleuth’s farewell episodes, bringing the beloved, Emmy®-nominated series to a poignant end. As age catches up with the peerless crime-solver, he’s getting dangerously careless. Could there be a connection to his father’s Alzheimers? Based on the novels of Henning Mankell, the “Wallander” series has been praised as “satisfyingly twist-filled and chilling in every sense” byEntertainment Weekly. In the final mysteries, Branagh gives a heartbreaking performance of a gritty cop starting to lose his grip.  –Sundays, May 8 - 22, 9:00-10:30 p.m. ET

GENIUS BY STEPHEN HAWKING – Hawking serves as the host and narrator, inviting viewers to follow along with the journey that unfolds in each episode, as ordinary people use large-scale experiments and incredible stunts to come to grips with molecular biology, astrophysics and even quantum mechanics.  – Wednesdays, May 18-June 1, 9:00-10:00 and 10:00-11:00 p.m. ET

NATIONAL MEMORIAL DAY CONCERT – Co-hosts Gary Sinise and Joe Mantegna lead the 27th broadcast of this night of remembrance honoring the service and sacrifice of American soldiers, their families and all those who have given their lives. The NATIONAL MEMORIAL DAY CONCERT airs live from the U.S. Capitol to an audience of hundreds of thousands, millions at home and American troops around the world. – Sunday, May 29, 2016, 8:00-9:30 p.m. ET; rpt. 9:30-11:00 p.m. ET

CAROL BURNETT’S FAVORITE SKETCHES– Join Carol Burnett for her personally selected favorite moments from her long-running comedy series, including sketches from the first five years of the show not seen in decades. – Friday, June 3, 2016, 9:00-10:30 p.m. ET

VICIOUS – After its two-season run, a special series finale of the comedy follows a year in the lives of Freddie (Ian McKellen) and Stuart (Derek Jacobi) as they navigate married life and face new adventures. – Sunday, June 19, 8:00-9:00 p.m. ET

THE TUNNEL – When a French politician’s body is found on the border between the UK and France, detectives Karl Roebuck (Stephen Dillane) and Elise Wassermann (Clémence Poésy) investigate on behalf of their respective countries. A serial killer uses elaborate methods to highlight the moral bankruptcy of modern society. – Sundays, June 19-August 21, 10:30-11:30 p.m. ET

INDEPENDENT LENS “TRAPPED” – Go inside the contentious issue of abortion rights through the story of health care providers and others in Texas and Alabama who are fighting against controversial new TRAP laws that are closing clinics. – Monday, June 20, 10:00-11:30 p.m. ET

THE GREEKS – Join archaeologists, historians, scientists and actors for a groundbreaking exploration of the ancient Greeks’ journey to greatness. They changed their world and laid the foundation for so much of what we still hold dear today. – Tuesdays, June 21-July 5, 9:00-10:00 p.m. ET

THE GREAT POLAR BEAR FEAST – Investigate the problems facing a unique population of polar bears due to climate change. At the heart of the story is an extraordinary event — the annual gathering of up to 80 polar bears on Barter Island in the Arctic Ocean each September. – Wednesday, June 22, 8:00-9:00 p.m. ET

MASTERPIECE “Endeavour, Season 3” – Shaun Evans returns for a third season as the young Endeavour Morse, before his signature red Jaguar but with his deductive powers already running in high gear. In four new films, Endeavour must deal with the aftermath of the tragic events that left him languishing in prison and his senior officer, DI Fred Thursday (Roger Allam), with a life-threatening injury. – Sundays, June 19-July 10, 9:00-10:30 p.m. ET

POV – The award-winning POV (a cinema term for “point of view”) is the longest-running showcase on television to feature the work of America’s best contemporary-issue independent filmmakers. – Mondays, June 27-July 11, 10:00 p.m. ET

In this Oscar®-nominated film, winner of more than 50 awards, an optometrist identifies the men who killed his brother in the horrific 1965 Indonesian genocide. He confronts them while testing their eyesight and demands that they accept responsibility.

Florida Justice Transitions trailer park is home to 120 sex offenders, all battling their own demons as they work toward rejoining society. This film considers how the destructive cycle of sexual abuse—and the silence surrounding it—can be broken.

9 MONTHS THAT MADE YOU – Discover the thrilling story of how humans are made, from the moment of conception to the moment of birth 280 days later. Follow the gestation process, the most exquisite biological choreography found in nature, where no two people are the same, including identical twins.  – Wednesdays, June 29-July 13, 10:00-11:00 p.m. ET

A CAPITOL FOURTH – On July 4, America’s national Independence Day celebration kicks off the festivities for our country’s 240thbirthday with a star-spangled party and all-star salute. A CAPITOL FOURTH airs live from the West Lawn of the U.S. Capitol before an audience of hundreds of thousands, millions at home and to our troops around the world via American Forces Network. –Monday, July 4, 8:00-9:30 pm ET; rpt. 9:30-11:00 p.m. ET

THE WHITE HOUSE: INSIDE STORY – Gain access to America’s most iconic residence—symbol of our national history and icon of democracy. From the Oval Office to the family dining room, through national crises and world wars, the 200-year story of the White House is the story of America itself. – Tuesday, July 12, 8:00-10:00 p.m. ET

NAZI GAMES – BERLIN 1936 – See how the Nazis and the IOC turned, to their mutual advantage, a relatively small, elitist sports event into an epic global and mass media spectacle that, despite the IOC’s determined attempts to forget, continues to this day. –Tuesday, August 2, 8:00-9:00 p.m. ET

AMERICAN EXPERIENCE “The Boys of ’36” – Explore the thrilling story of the American rowing team that triumphed at the 1936 Olympics in Nazi Germany. Inspired by #1 best-seller The Boys in the Boat, the film follows the underdog team that took the nation by storm when they captured gold. – Tuesday, August 2, 9:00-10:00 p.m. ET

INDEPENDENT LENS “T-Rex Her Fight for Gold” – Meet Claressa “T-Rex” Shields, who rose from the streets of Flint, Michigan, and at 17 won the first Olympic gold medal for women’s boxing in 2012. In this coming-of-age story, life outside the ring may be an even tougher fight. Tuesday, August 2, 10:00-11:00 p.m. ET

KOKO THE GORILLA WHO TALKS – In 1971, Penny Patterson began teaching sign language to a gorilla named Koko, unaware that this relationship would define both their lives. More than 40 years later, the now-famous Koko continues to redraw the line between people and animals.  – Wednesday, August 3, 8:00-9:00 p.m. ET

AMERICAN EXPERIENCE “The Presidents” (Encore) – In advance of the national election, revisit the lives of six recent presidents, from JFK to George H.W. Bush, in films from the award-winning collection. – Monday-Thursday, August 8-11 and 15-18 check local listings

To support the variety of shows debuting in the PBS summer schedule, including THE WHITE HOUSE: INSIDE STORY, THE GREEKSand GENEOLOGY ROADSHOW, PBS LearningMedia will add new lesson plans, essays, and classroom activities to its collection of over 120,000 educational resources, accessible to teachers, students and home-schooling families nationwide. In addition, as part of the overarching PBS Election 2016 initiative, PBS LearningMedia will continue to curate new content within ELECTION CENTRAL, an online destination of election-related resources and information to teach K-12 students about the political process.