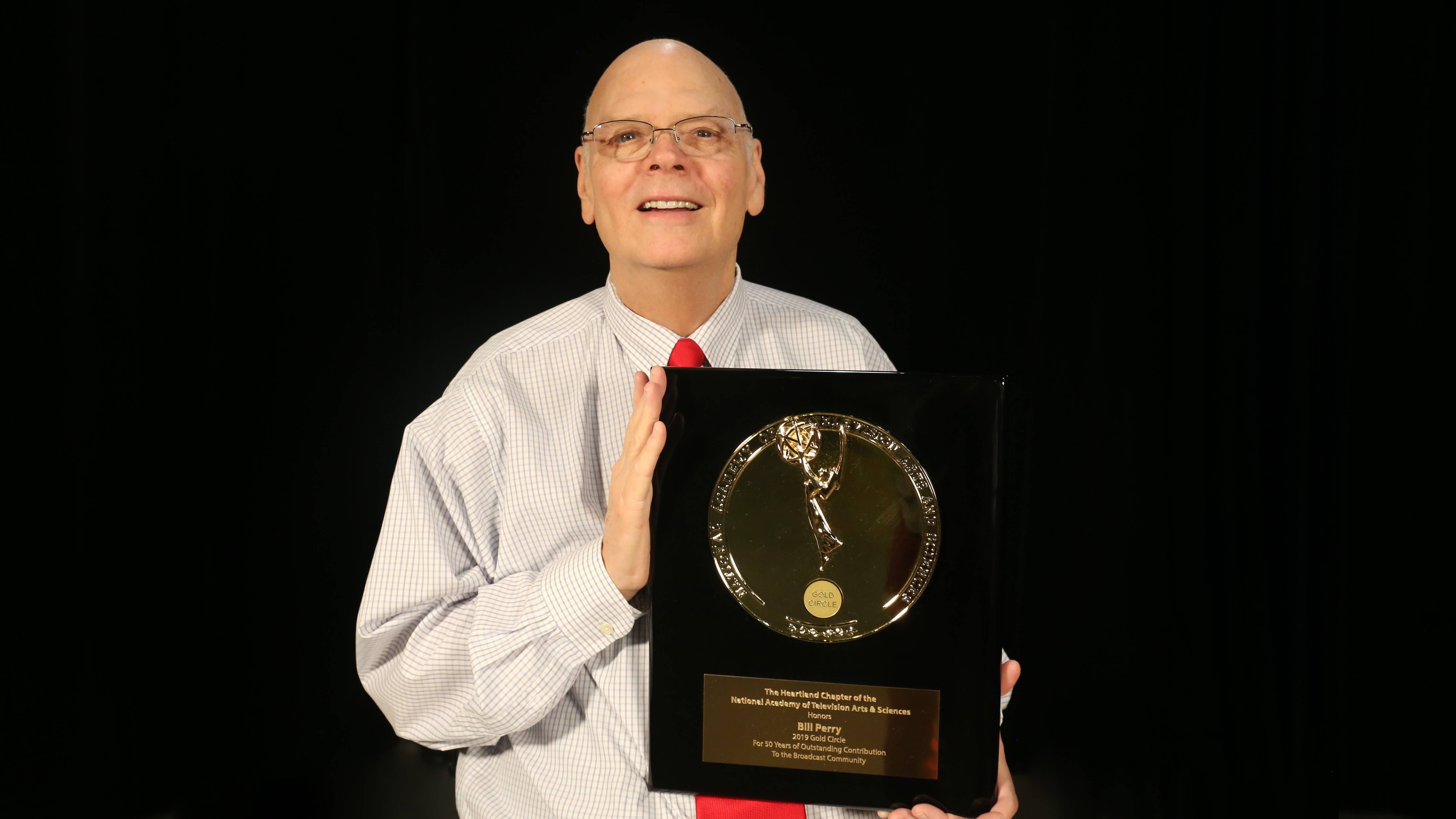 The Gold Circle is an elite group of professionals recognized by the Emmy Heartland Chapter for making a significant contribution to television spanning a period of at least 50 years. Only two other Oklahomans are among the previous recipients of this honor.

According to the NATAS, “the Gold Circle is not an award; it’s a society of honor for television professionals and pioneers in the Heartland Chapter who are unique for their length of service to the industry, for their pursuit of excellence and for their passion, creativity and commitment to their profession.”

“Being inducted into the NATAS Heartland chapter’s Gold Circle is an extraordinary honor, and I am very flattered that the nominating committee chose to include me in this very small group,” said Perry. “Working in television, mostly behind the scenes, has provided me with a very fulfilling career. This unbelievable journey has allowed me to have an outlet for creativity, while at the same time, particularly at OETA, it’s given me an opportunity to educate, inform and often entertain viewers who watch our programs. I have been fortunate to be surrounded by an amazing team, and any recognition I have ever achieved is tied directly to the skills and talents of those who worked with me. I feel very fortunate to have spent my career performing tasks that I really enjoy!”

Perry began his television career in 1969 before he even graduated college. As a production assistant, Perry operated the first color camera for the first locally originated program at KTEN in Ada, Oklahoma. Later, he worked in the TV news department, ultimately becoming a newscast anchor. After graduating from East Central University in Ada, Perry went on to work at stations in Oklahoma City, Texas, Kentucky, Florida, and Tennessee. He returned to Oklahoma in 1986 to work as an account executive at KTEN. He later moved his family to Oklahoma City to work in broadcast sales for a Fox affiliate station before joining OETA in January of 1990.

“Bill gave me my dream job nearly 20 years ago when he hired me to be a segment producer for OETA’s Documentary Department,” said Susan Cadot, producer, Gallery America. “We’ve been through a lot together. I’ve seen Bill nurture and guide this department and everyone in it through good times and bad. He prefers the good times, but, he has had the fortitude to hold us together and keep us on track when times were tough.”

Throughout his career, Perry has garnered Emmy awards, Western Heritage Awards, a national Clarion award and countless other regional and state awards from broadcast, journalism and other professional organizations.

Outside of television, Perry involves himself in helping the community. He is a 1997 alumnusof the Oklahoma City Citizens Police Academy and has volunteered countless hours helping raise funds and producing promotional materials for the non-profit Christian Retirement Community. Perry has mentored and aided the careers of scores of people with whom he has worked. Additionally, beginning in the 1990’s through 2016, he recruited members, wrote scripts, produced and even carried props and swept the stage for the annual Oklahoma City Gridiron Club political satire show, an effort to raise money for Oklahoma Journalism student scholarships.