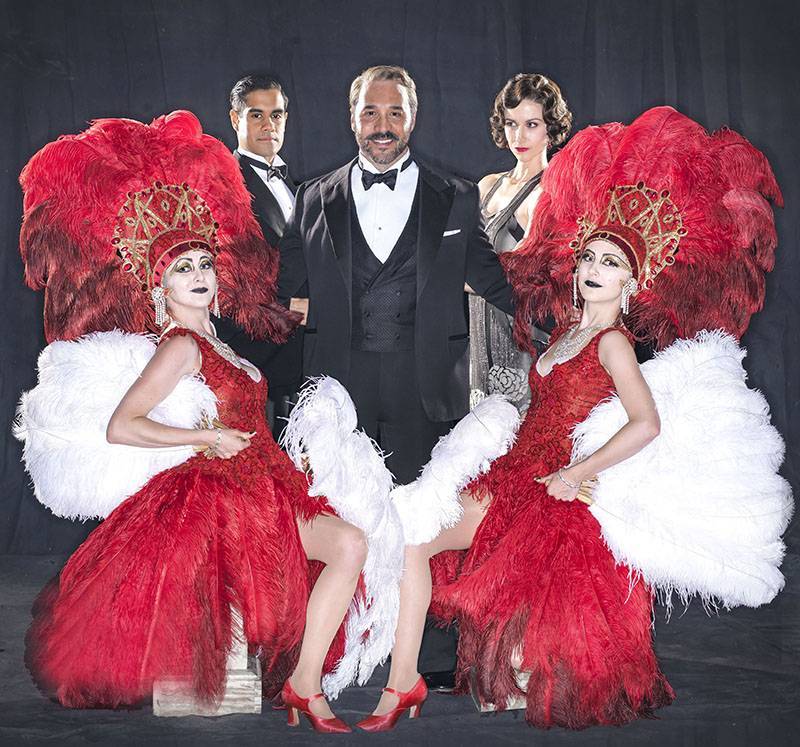 Since the premiere season in 2013, Mr. Selfridge has wowed audiences and critics alike, much as the original Harry Gordon Selfridge did with his trend-setting, taboo-busting palace of commerce, Selfridge & Co., which opened in 1909 on London’s Oxford Street. Shopping has never been the same since.

“A treasure box of tales about love, loss, ambition, and the spirit of a new age,” enthused The Wall Street Journal during Season 1; “lush and lovely,” murmured The Los Angeles Times about Season 2; “visually glorious,” gushed the New York Daily News for Season 3.

Now Mr. Selfridge, The Final Season follows the unpredictable arc of Harry’s career to its thrilling climax, charting the fate of the showman with the big heart, shaky morals, and dogged belief that the dice roll will save him—and the store—every time.

Also back are Amy Beth Hayes (The Syndicate) and Samuel West (Any Human Heart) as the career-conflicted couple, Kitty and Frank Edwards; and Greg Austin (Law and Order: UK) as Harry’s ambitious but clear-thinking son, Gordon, heir to the family business and determined to put a new gloss on the family name.

This season’s exploits find Selfridge & Co. on the brink of its twentieth anniversary. The nonstop sales blitz since the store’s founding gives no sign of letting up and is beginning to take its toll on the staff, Harry’s family, and his friends. But not on Harry. Or is it?

Based on Shopping, Seduction & Mr. Selfridge by Lindy Woodhead, Mr. Selfridge, The Final Season has more than a grain of truth to it. The Dolly sisters, a business partner named Jimmy, the gamble on a failing London emporium, heightening father-son rivalry, and Harry’s deepening financial hole are right there in the history books—along with his irrepressible American optimism and favorite saying: “There’s no fun like work!”

Mr. Selfridge, The Final Season is a co-Production of ITV Studios and Masterpiece. It is created by Andrew Davies, developed by Kate Brooke and based on “Shopping, Seduction & Mr Selfridge” by Lindy Woodhead. The writers are Helen Raynor, Kate O’Riordan, Matt Jones, James Payne, Ben Morris and Hamish Wright. The directors are Robert Del Maestro, Bill Anderson, Fraser MacDonald, Joss Agnew and Rob Evans. The producers are Dominic Barlow and Jeremy Piven. The Executive Producers are Kate lewis and Helen Raynor. Rebecca Eaton is the Executive producer for MASTERPIECE.