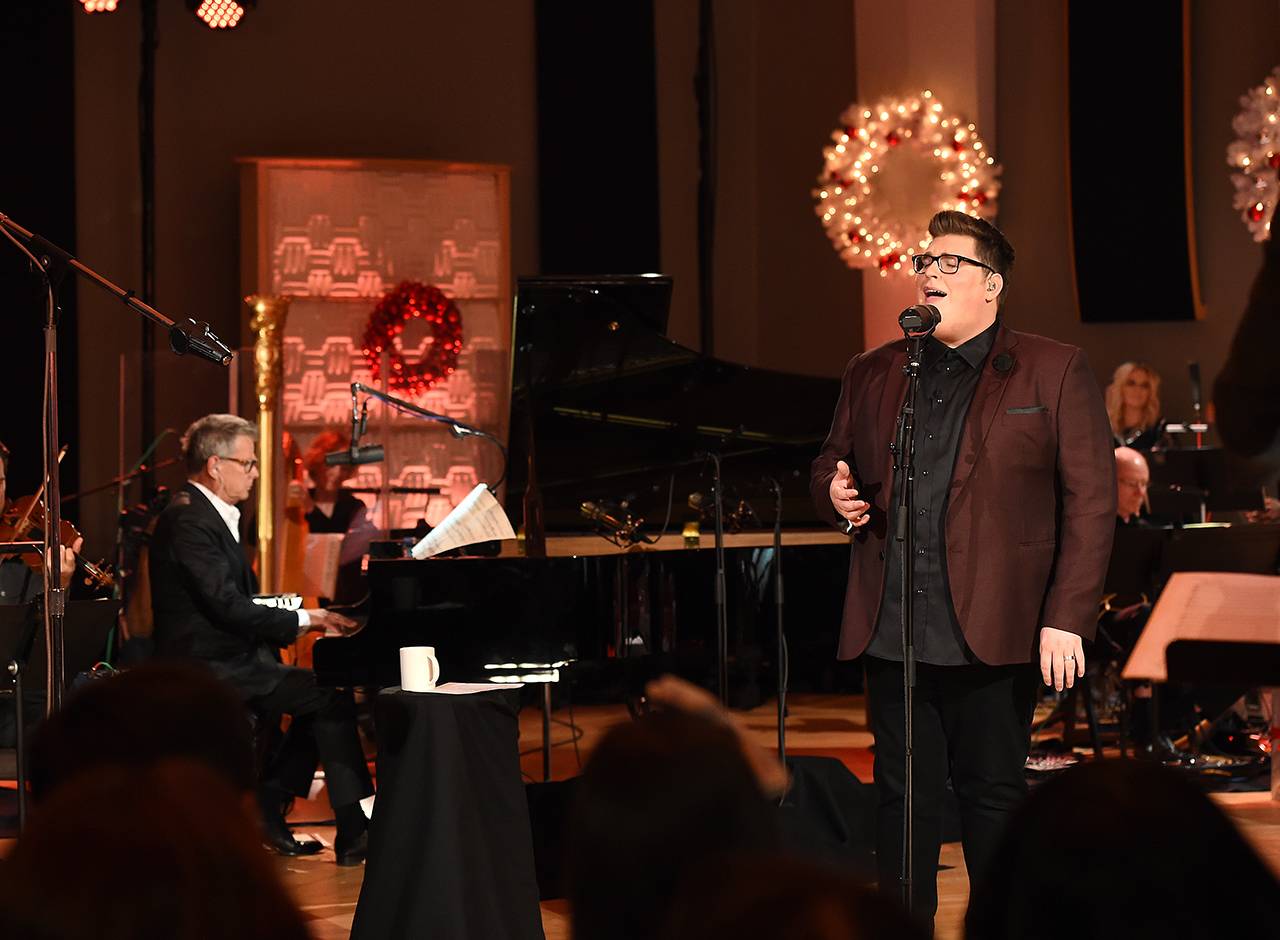 Lead by Jordan’s musical director Cheche Alara (Latin Grammys and “American Idol”), and backed by a string and horns/woodwind section, the special showcases the Harlan, Kentucky native singing 12 classic and popular songs, including: “Santa Claus is Coming To Town,” “(You’re A Mean One) Mr. Grinch,” “Have Yourself a Merry Little Christmas,” and “Silent Night,” before an intimate studio audience of family, friends and fans.

The biggest selling “The Voice” artist to date, Jordan was the show's first artist of the season to reach No. 1 on the iTunes Store pop songs list, and three of his performance recordings each bumped Adele's platinum-selling “Hello” from the top spot on the iTunes list.

Earlier this year, the vocalist released his debut album titled “Something Beautiful,” and on October 28, his first holiday album “‘Tis The Season,” will be available in stores and through digital retailers. Produced by David Foster, the album will feature many of the songs on the holiday special, including his personal favorite, "(You’re a Mean One) Mr. Grinch."

Something Beautiful initially debuted at #2 on the Billboard Top 200 and “earned the highest ranking on the chart by any winner of a television singing competition in almost 5 years.”  It also broke the records for the highest album sales debut from a new artist in 2016 and most first-week album sales for a winner of the Emmy Award-winning show, “The Voice.”

The 22-year-old from Harlan, KY, Jordan Smith stands out as the highest-selling artist to ever emerge from NBC’s Emmy Award®-winning “The Voice.” In less than six months, he sold over 1 million singles and made Voice history by landing eight songs in the iTunes Top 10—the first artist from any season to hit the iTunes Top 10 every single week of the Live Rounds. Of the eight songs that went Top 10 on iTunes, six hit Top 3, and three captured #1 on iTunes, all of which knocked Adele off the top spot!