It's time for Tudor Tuesday

It's time for Tudor Tuesday

Posted by Ashley Barcum on 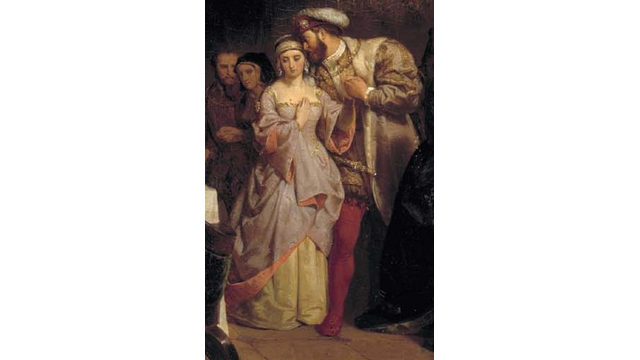 Tonight at 7, join OETA for a night full of all things Henry VIII - from secret castles and medieval medicine to the rise and fall of Anne Boleyn, explore the Tudor reign from inside out.

7pm: HENRY AND ANNE: THE LOVERS WHO CHANGED HISTORY

Historian Dr. Suzannah Lipscomb traces the tumultuous relationship between Henry VIII and Anne Boleyn to determine what brought the couple together, and what ultimately tore them apart. Utilizing historical first-hand accounts, dramatic reenactments, and footage from the places they lived and stayed, this two-part series argues against many of the established theories and notions about Henry and Anne, telling a very different story of their tragic marriage.

Hampton Court is the ultimate royal pleasure palace — embodying the indulgent and grandiose kingship built by Cardinal Wolsey and developed by Henry VIII. Through its rooms, chart King Henry VIII’s decline from fit young warrior to bloated womanizer and recall the vivid stories of the ladies who became his queens. Learn how William and Mary demolished half of the Tudor palace to replace it with an exquisite baroque structure, making Hampton Court one of the most unusual palaces in the world. Go beneath the brick and stone of this true pleasure palace and now thriving tourist location to uncover an abundance of art and stories that bring Hampton Court alive.

While the Tudor era was a time of change and discovery, the threat of a grisly, unpleasant death was never far away in a world still mired in the grime and filth of the medieval period. In HIDDEN KILLERS OF THE TUDOR HOME, historian Dr. Suzannah Lipscomb identifies some of the most common Tudor killers: increased sugar consumption; new, unregulated building techniques and materials; and a lack of proper medical knowledge.