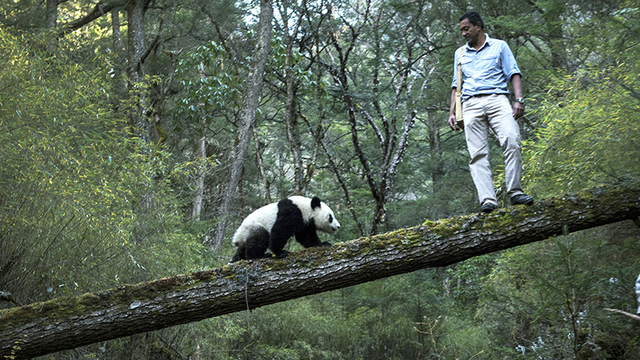 EARTH A NEW WILD, beginning Wednesday, February 4 at 8 p.m., looks at humankind’s relationship with the wildest places on Earth and most fascinating species. The series is hosted by Dr. M. Sanjayan, leading conservation scientist, who takes viewers on a stunning visual journey to explore how humans are inextricably woven into every aspect of the planet’s natural systems.

With 45 shoots to 29 different countries, EARTH: A New Wild features spectacular natural history footage from the most striking places on Earth, filming encounters between wild animals and the people who live and work with them. With up-close looks at a range of species, from giant pandas to humpback whales and African lions to Arctic reindeer, Sanjayan reveals that co-habitations with animals can work — and be mutually beneficial.

PBS announced two new thought-provoking documentaries: THE BOMB, a history of nuclear weapons and how they shaped our world, and URANIUM – TWISTING THE DRAGON’S TAIL, an in-depth look at the chemical element used in nuclear weaponry, hosted by physicist and YouTube star Dr. Derek Muller. The documentaries are timed to coincide with the 70th anniversary of the first explosion of an atomic bomb, and the bombing of Hiroshima, essentially the dawn of the nuclear age. Both programs premiere in July 2015.

NOVA: The Great Math Mystery, premiering Wednesday, April 15 at 8 p.m., explores the great cosmic mysteries of mathematics and how math extends beyond the visible universe. It also looks at math’s power across the centuries.

NOVA: Nazi Attack on America, airing Wednesday, May 6 at 8 p.m., tells the little-known story of the Nazi’s Operation Drumbeat by which U-Boats sank 609 US ships, claiming the lives of over 5,000 Americans, off the Gulf Coast and the Eastern Seaboard.

NATURE’S GUIDE TO ANIMAL HOMES, a new three-part special airing Wednesdays in April at 7 p.m., is about the home life of wildlife. It features the structures that allow animals to outwit predators, explores how animals are hard-wired with the genetic information to make such structures and looks at how engineers are turning to nature for insights on how to build better, stronger, more efficient buildings.