Gallery America, Back in Time Marathons to Air This New Year's

Gallery America, Back in Time Marathons to Air This New Year's 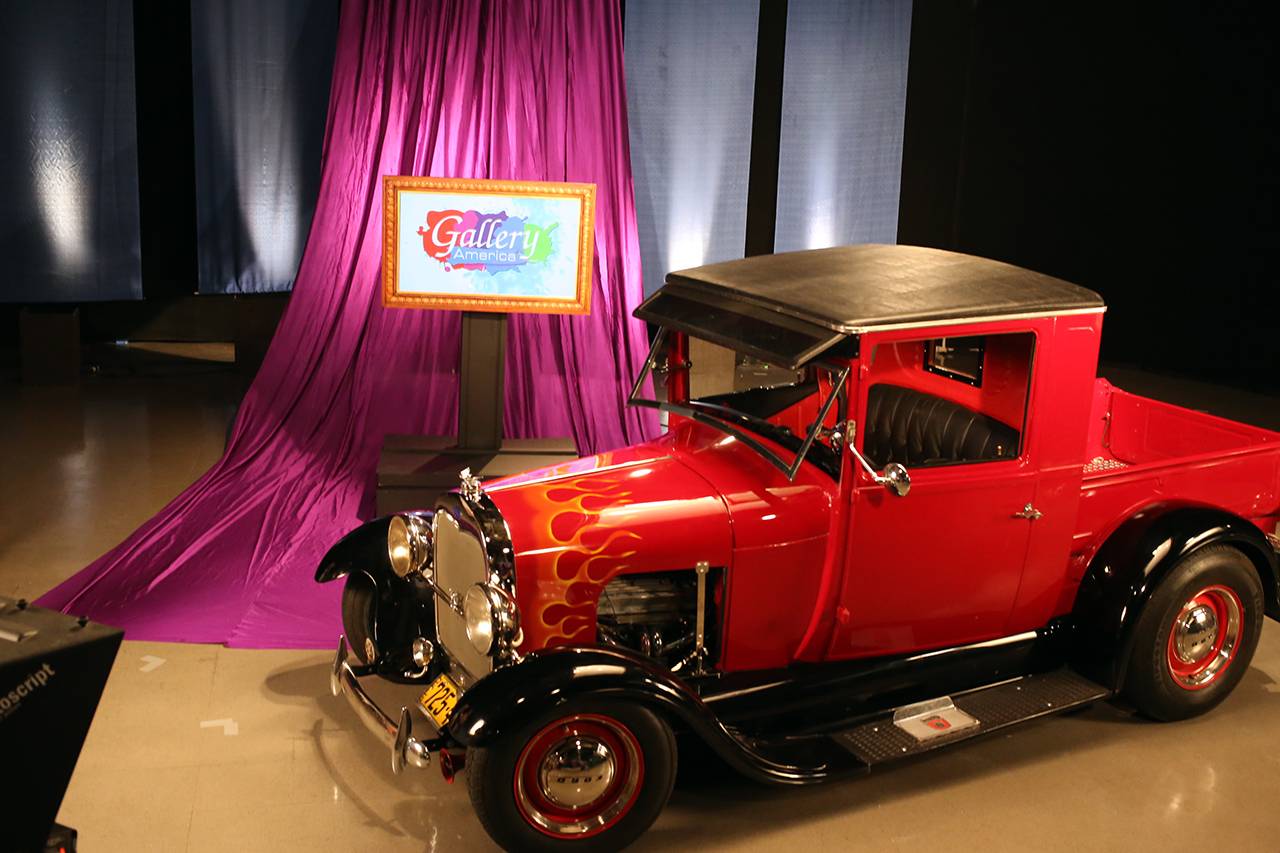 OETA airs two of its locally-produced shows on OETA-HD beginning at 5 p.m. on Dec, 31 with Gallery America and Jan. 1 starting at 4 p.m. with Back in Time.

Gallery America captures the best our nation has to offer in all forms of art, including dance, sculpture, education, music, painting, photography, performances and so much more from every part of America. Back in Time is a documentary series that showcases significant people, situations, eras, and events that helped shape the history of the state of Oklahoma. OETA utilizes extensive research, archival photographs and film, as well as interviews with history experts and descendants of the people profiled in each program.

Gallery America Episode #104 – Klair Larason – Saturday, December 31, 5:30 p.m.
Follow an emerging artist being recognized for her talent, passion and for her unique medium. Twenty-one-year-old Klair Larason doesn’t use paint to create her masterpieces. She uses gum wrappers, hundreds and hundreds of gum wrappers. It’s not a gimmick. Larason started playing with the foil on the wrappers while still in school and years of “playing” later, you won’t believe the intricate visual art she produces with painstaking attention to detail.

Gallery America Episode #105 – Wade Tower – Saturday, December 31, 6 p.m.
He’s an Oklahoma born entertainer who’s bringing classy back. Get elegant with crooner Wade Tower of Stillwater. With his act patterned after the great Frank Sinatra, Tower travels the country with a tuxedo and a tune bringing old blue eyes back to life. He’s not an impersonator, but a fan who has studied Sinatra’s vocal stylings for years and he is dedicated to the standards like “Come Fly with Me,” “That’s Life,” and “My Way.” Tower is passionate about showing everyone they can chase their dreams. That if they face it all and still stand tall, one day they’ll get to say, “I did it My Way.”

Gallery America Episode #201 – Route 66 Auto Trim Museum  –  Saturday, December 31, 6:30 p.m.
Visit the Route 66 Auto Trim Museum in Arcadia, Oklahoma. The museum offers replicas of Route 66 and consists of many other fun creations by its owner, John Hargrove. The visit the National Sign Museum in Cincinnati, see Americana art with a twist and travel the historic Katy Trail in Missouri with painters.

Back in Time Episode #503 – Langston University – Sunday, January 1, 4 p.m.
On a hill northeast of Guthrie stands a school like no other in the state. Created in response to Jim Crow and segregation Langston University has struggled through severe legal, economic, and political restrictions for over 100 years. In the face of opposition the once all-black college has given generations of students a step up to a better life. OETA’s award winning documentary series Back in Time looks at the schools role in the civil rights movement and the many famous alumni in “Langston History.”

Back in Time Episode #504 – Breaking the Bank – Sunday, January 1, 4:30 p.m.
In 1975 Penn Square Bank was a sleepy suburban retail bank in the back parking lot of a shopping mall. In six years it grew into a mammoth oil and gas loan operation. The energy loan department handed out so many millions it attracted good and bad borrowers from across the country and gave experienced bankers the shivers. With the deregulation of deep gas drilling, millions of dollars poured like champagne into Penn Square from out of state banks looking to get in on the boom, ushering in a time of gold jewelry, expensive cars and his and hers Lear jets. On July 5, 1982, it all collapsed bankrupting hundreds of oil companies, crippling the state economy and locked depositors out to sweat in lines around the building.

Back in Time Episode #601 – Wiley Post – Sunday, January 1, 5 p.m.
He was a cotton farmer’s son who dropped out of school, hijacked cars and went to prison, but in just a few years he was the most celebrated pilot of the golden age of flight. Oklahoma’s Wiley Post set airspeed records, and was the first person to complete a solo flight around the world.  He developed the first pressurized flight suit and was the first to pierce the stratosphere and fly in the jet stream. Back in Time looks at the high flying life and tragic death of Wiley Post.

Back in Time Episode #602 – Staking a Claim – Sunday, January 1, 5:30 p.m.
It set the stage for what would become the state of Oklahoma, but the land runs are the climax of a story that began decades before with the Boomer movement pushing the government to open the Unassigned Lands, struggling with cattlemen, Indian tribes and the U.S. Army.