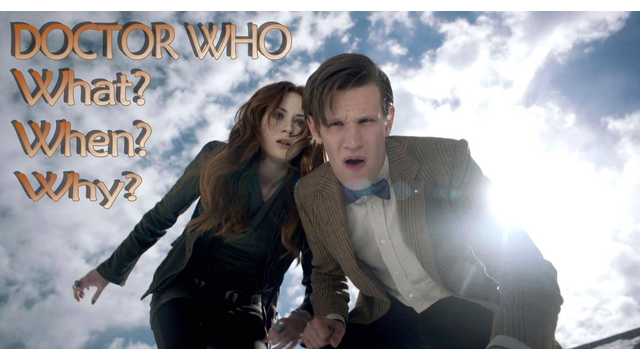 Good news! GREAT news, actually. We finally have a start date for the Peter Capaldi episodes of DOCTOR WHO... September 11, 2015.

We couldn't schedule them until now because of an arrangement with the BBC and BBC America. Long story short, we're public television and we have to wait until the commercial guys have had their time with it. Sometimes that's how it works. Kind of like movie theatres and home video rental. We just have to wait.

Well, the wait is almost over. Our broadcast rights begin in September. The first airdate will be Friday, September 4 at 10:30pm. If all goes according to plan, we'll air Time of the Doctor. Then Deep Breath the next week, and so on. We still haven't heard when these episodes will be fed to us, so cross your fingers that there aren't any problems with that part of the big, complicated, messy puzzle that is the television industry.

Since we want to start the new episodes as soon as possible, and since we have only a few Fridays left before the broadcast rights begin, we picked key episodes to air from what's left of Series 6 and 7. These episodes were chosen because we feel they tell enough of the story for any newbie Whovians to get caught up before Time of the Doctor. (Also, FYI, our broadcast rights for Series 6 and 7 expire at the end of August, so we must enjoy them as much as we can. No going back.)

I know there are some Whovians out there who might balk at the fact that we skipped some classic episodes to show lesser-than-classic ones. I'm not arguing that. You're right. These were chosen for story-telling only. And I'm sure there will be disagreements about that, too. I don't anticipate winning any arguments with DOCTOR WHO fans. We are an opinionated, passionate, quirky people who love to argue about fictional things that don't really matter to anyone else.

So, savor the next few weeks... while bowties are still cool... while the Ponds are still with us... And, try not to blink.