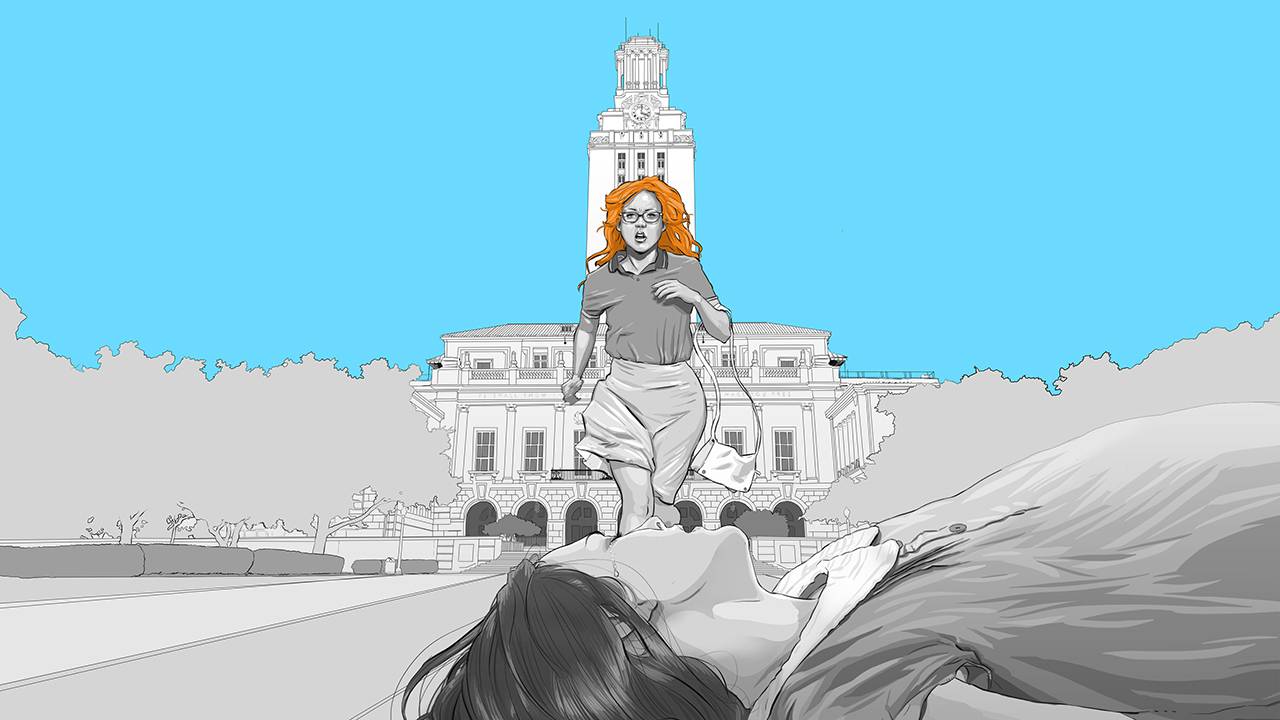 On August 1, 1966, a sniper rode the elevator to the top floor of the University of Texas Tower and opened fire, holding the campus hostage for 96 minutes. When the gunshots were finally silenced, the toll included 16 dead, three dozen wounded and a shaken nation left trying to understand. Combining archival footage with rotoscopic animation in a dynamic, never-before-seen way, TOWER reveals the action-packed, untold stories of the witnesses, heroes and survivors of America’s first mass school shooting, when the worst in one man brought out the best in so many others. Directed by Keith Maitland, the film premieres on INDEPENDENT LENS Tuesday, February 14, 2017, 9 p.m. CT on OETA.

TOWER explores this untold history through the first-person stories of seven specific characters: two students who were shot, the two police officers who ended the siege, two civilians who provided aid to victims and police, and the radio reporter who broadcast live from the scene for more than an hour and a half and whose broadcast was picked up nationally, bringing the events in Austin to listeners around the nation.

Seamlessly slipping from character to character, TOWER unfolds as a moment-by-moment re-telling of the events of the day, highlighting the fear, confusion and visceral realities of the shooting rampage. After the gunfire subsides, the story shifts to examine the immediate aftermath for these individuals and for society. Finally, TOWER steps out of the shadow of history to reveal the subjects as they are in the present day, exploring the legacy of the shooting through the eyes of the survivors.

“Four years ago when Keith approached INDEPENDENT LENS with this project, the topic of gun violence was preeminent. Unfortunately, that has become even more true in the years since we funded TOWER,” said Lois Vossen, INDEPENDENT LENS executive producer. “Keith’s approach — weaving extraordinary animation with previously unseen archival footage — offers a new way for audiences to look at the immediate and long-term impact on survivors.”

Visit the TOWER page on INDEPENDENT LENS, which features more information about the film. TOWER will be available for online viewing on the site beginning February 15, 2017.

About the Survivors
Claire Wilson, a pregnant 18-year-old freshman, was the first person shot from the tower. Her boyfriend Tom reached out to help her and was struck down as well. For more than an hour of the siege, Claire remained exposed to the shooter, conscious and steadily losing blood.

Aleck Hernandez was a paperboy finishing up his summer route when he was shot off his bike.

Houston McCoy was a patrolman with the Austin Police Department and the first officer to get the call to head to the campus.

Ramiro Martinez was an off-duty officer who saw the report on the noontime news and rushed toward the campus to help. One of the last to arrive on the scene, he was the first police officer to reach the top of the tower.

Allen Crum, university bookstore manager, left the safety of his store when he saw a paperboy get shot off his bicycle across the street. He immediately jumped into action to try to stop the bleeding, saving the boy’s life.

Neal Spelce was a young news director who left the newsroom when he heard about the shooting, jumped into a station wagon equipped with an FM transmitter and sped to the university to report on the unfolding action. His radio broadcast was carried nationwide and listeners across Austin and the country hung on his every word throughout the 96-minute siege.

John Fox, a 17-year-old incoming freshman who mistook the rampage for fun and games, was immediately overcome with fear and dread when he realized the enormity of the situation. After nearly 90 minutes of watching helplessly, John was overcome with a sense of duty.