Christmas with the Mormon Tabernacle Choir to Air December 19

Christmas with the Mormon Tabernacle Choir to Air December 19 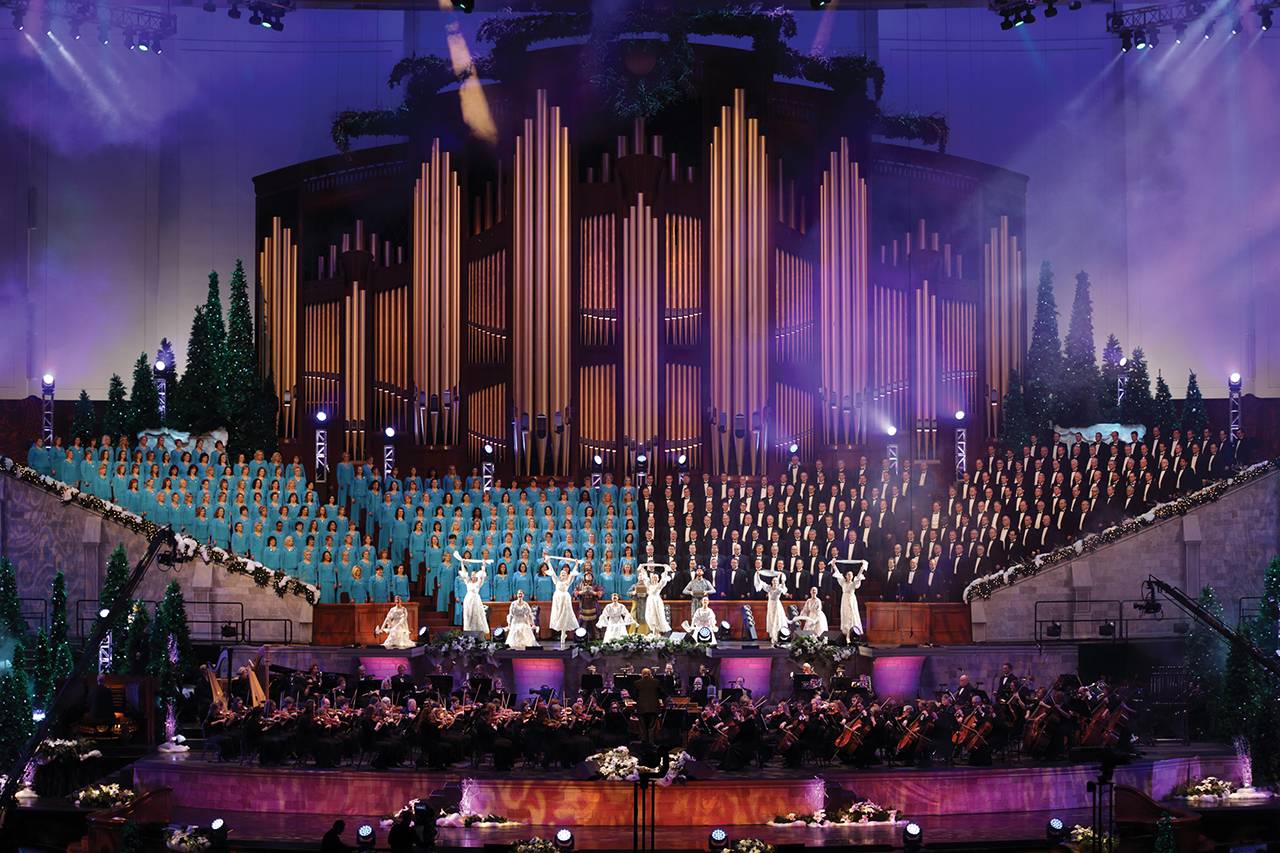 Broadway star Laura Osnes joins the Mormon Tabernacle Choir and Orchestra at Temple Square for their annual Christmas concert, filmed live at the Salt Lake Conference Center in December 2015 in partnership with KUED, Utah’s PBS Station. Taking the stage with Osnes is acclaimed British screen and voice actor Martin Jarvis. Under the direction of Mack Wilberg, music director of the Choir, and Ryan Murphy, associate music director, these powerhouse talents will ring in the holiday spirit for audiences young and old. CHRISTMAS WITH THE MORMON TABERNACLE CHOIR FEATURING LAURA OSNES AND MARTIN JARVIS premieres Monday, December 19, 2016 at 8 p.m. on OETA.

“This is an unforgettable concert,” said Ron Jarrett, president of the Mormon Tabernacle Choir. “Where else can you find such a depth of talent in all performing disciplines all on one stage? We were truly blessed to have had this fabulous ensemble of artists spend Christmas with us.

Christmas with the Mormon Tabernacle Choir has been a PBS tradition for well over a decade. “We are overwhelmed and humbled by the response of our audience on PBS each year and grateful that watching this program is a part of so many families’ Christmas traditions,” said music director Mack Wilberg.

The Grammy Award-winning and multiple Emmy Award-winning all-volunteer Mormon Tabernacle Choir is made up of 360 men and women who join their talents to create their trademark, instantly recognizable sound. They are accompanied by the Orchestra at Temple Square, a 150-member symphony that is likewise all volunteer. Their world-famous sound is under the direction of music director Mack Wilberg and associate music director Ryan Murphy. The choir has appeared at 13 world's fairs and expositions, performed at six U.S. presidential inaugurals, and sung for numerous worldwide telecasts and specials. In 2016 they completed an acclaimed seven-concert tour to Europe, singing in some of the world’s most renowned concert halls.

KUED is Utah’s premier public broadcasting station, airing quality programs 24 hours a day. They offer the full PBS schedule, including PBS KIDS, the number one educational media brand; an instructional television block that meets core curriculum standards; and award-winning, locally-produced television programs and documentaries. KUED is recognized as one of the leading public television stations in the country. KUED is the first station to ever win the Rocky Mountain Emmy Award of Excellence for the Best Overall TV Station, a major recognition of the station's commitment to serve the community through its productions and outreach programs. KUED signed on the air January 9, 1958 and is a 501 c (3) not-for-profit institution licensed to the University of Utah.