A Conversation With... Clyde Snow

A Conversation With... Clyde Snow

Posted by Dick Pryor on 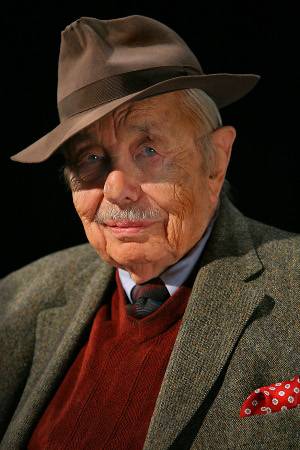 It's the hat you first notice about Clyde Snow. A brown felt hat, specially-ordered from New York, that he wears jauntily tilted to the side of his head. That hat frames Snow's well-worn face. Its brim casts a shadow across his eyes - inquisitive eyes that have been saddened by the horrors of death; eyes he's used to "listen" to bones.

The unforgettable hat and trademark tweed jacket cloak Clyde Snow with a hint of adventure, the swashbuckling kind of adventure made popular, and bigger than life, in cinema. It's not much of a stretch to imagine Clyde Snow as Indiana Jones, charging through Raiders of the Lost Ark in search of the world's greatest archaeological treasures.

Art sometimes imitates life, and that image, it turns out, is not far from reality. Substitute anthropology for archaeology, and you have not Indiana Jones, but Oklahoma Bones, and the story of Clyde Snow.

Clyde "Sonny" Snow saw his first human skeleton on a mule deer hunt in New Mexico at the age of 12. He also learned about bones while taking X-rays at his father's medical clinic in the small west Texas town of Ralls. That's where Sonny grew up during the Great Depression – and where his disdain for studying and love of pranks prompted him to be expelled from school and sent off to the New Mexico Military Institute.

The only child of a doctor and nurse, Sonny was inquisitive – he once X-rayed his Christmas gifts to see what was inside - but his intellectual curiosity and interest in science didn't come together until he learned how to study at NMMI. By then called Clyde, he did well enough to be accepted at Harvard, but chose to attend Southern Methodist University instead. He didn't stay at SMU and wound up graduating from Eastern New Mexico University. He earned a Master's Degree in Zoology from Texas Tech, then pursued his Doctorate in archaeology at the University of Arizona.

Snow realized there wasn't much future in archaeology and turned his attention instead to anthropology. He was working on his Ph.D., studying monkees in Puerto Rico, when a college buddy told him about a job with the Federal Aviation Administration in Oklahoma City.

The year was 1960. Rock and roll was the rage, the space race was on, and scientists were in demand. The FAA lured Clyde Snow to Oklahoma and gave him the job of researching the safety of airplanes. Snow examined his first fatal airplane crash in 1961, the crash of a United Airlines DC-8 at Stapleton Airport in Denver. He found that in crashes of large commercial jetliners, people died of smoke inhalation in otherwise survivable crashes.

clyde snowSnow noticed that "wherever you find dead stewardesses, you find dead passengers," so he focused his research on the airline crews, flight attendants in particular. He measured them and studied the planes and crashes in which they died, and concluded that the airplanes' designs were putting them at-risk.

So, Snow improved the design of consoles, seats and equipment, and despite receiving the dubious "Golden Fleece" award from Oregon U.S. Senator William Proxmire (who believed Snow's work to be a waste of taxpayers' money), his improvements saved lives and changed the airline industry forever.

Snow's work at the FAA also got the attention of Oklahoma Medical Examiner Dr. James Luke. Luke enlisted Snow to identify human remains, examining the bones to put a name with a body. In 1967, Snow achieved local fame by identifying the remains in an Oklahoma child murder case, and his reputation grew.

In 1969, he was called to Chicago to identify victims of the deadly American Airlines Flight 191 crash. The horrific crash scene, and the poor condition of the bodies, led Snow to develop a computer program to identify the remains. He calls his work in Chicago "the most unpleasant experience in my life." But, it was also a turning point in Snow's career as a forensic anthropologist.

Snow has given faces to "the disappeared" - thousands of people who vanished and died during the "Dirty War" in Argentina. He's brought justice to war criminals and trained teams that have investigated human rights abuses in almost 50 countries. He's also been called on to search for General George Armstrong Custer and outlaws including Butch Cassidy and the Sundance Kid.

Snow has used his expertise to resolve legal matters, not just solve crimes. His techniques are now used around the world. And now, the name of Clyde Snow has become synonymous with a scientific field that largely did not exist until he entered it.

Snow says "one of the worst ways to suppress people is to change or destroy their identity." That's why he believes his work in identifying victims of human rights abuses is so important. He believes that state-sponsored murder is more monstrous than other murders because people trust the state. But, he has found that each murderer leaves clues due to their own egotism.

Clyde SnowSnow says "you must prove people were alive before you prove they were dead." He uses photos and other records to create a biography of the person who lived, then uses probability based on provable facts, peer testing and the process of elimination to make the connection between the identified person and his or her bones.

He says it is a tremendous moment when the person's bones have given you all the information and you can put together their story. "It can be exhilarating," Snow says, "but at the same time it can be sometimes heart-rending, the outcome."

Clyde Snow is an important figure in human rights, and an unforgettable character. He has seen the results of the world's worst inhumanity, but flashes a sharp and ironic sense of humor. He enjoys good food, good drinks, and good coffee (his favorite is from Ethiopia).

At age 84, Clyde Snow wants to remembered as "anti-homicide" and for the respect and friendship he's earned from the families of people he's identified in the investigation of human rights abuses, crimes against humanity and war crimes throughout the world.

Clyde Snow talks about his fascinating career as a scientist and human rights activist with host Dick Pryor on "A Conversation With...Clyde Snow," debuting Thursday, August 9 at 9 p.m. on OETA.