Push Back on the State Complying with the Real ID Law

Push Back on the State Complying with the Real ID Law 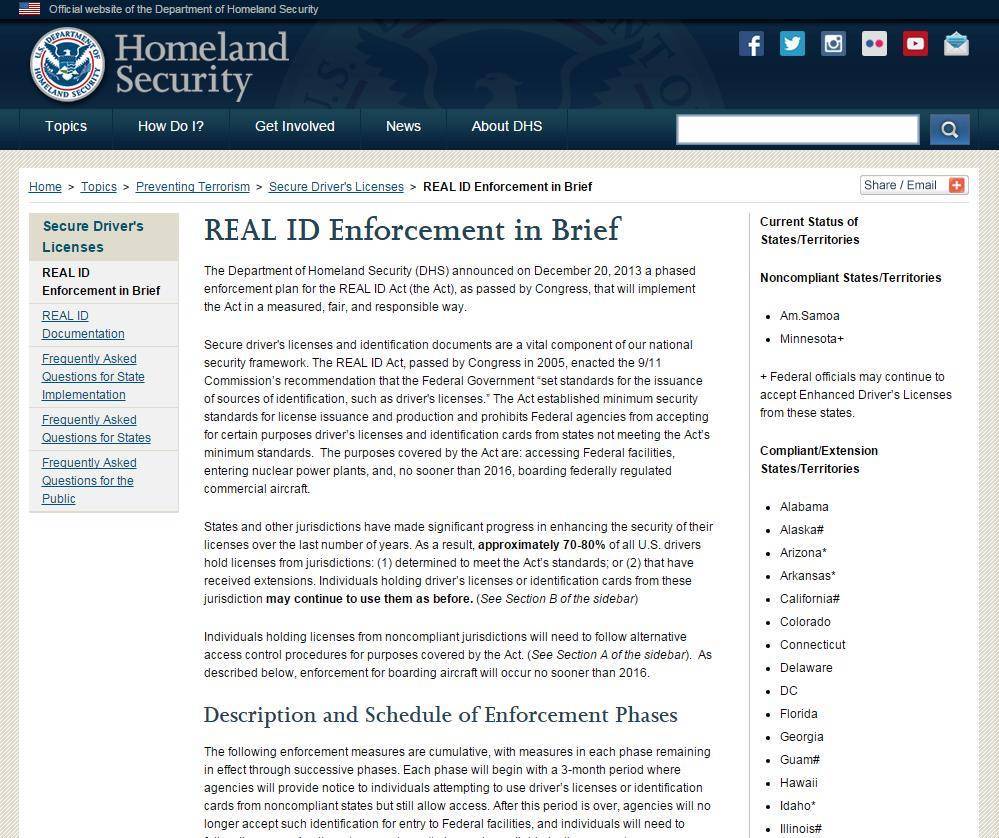 OKLAHOMA CITY (AP) - Oklahoma's public safety commissioner warned lawmakers Wednesday that residents may be unable to board a commercial aircraft or enter a federal building using a state driver's license after next year unless legislation brings IDs into compliance with federal law.

During a meeting with state legislators, Commissioner Michael Thompson discussed the potential ramifications of not complying with the federal REAL ID Act of 2005. The law was passed by Congress to improve the reliability of state-issued identification cards and prevent terrorists from obtaining bogus IDs.

"I want to be crystal clear here. We're not over here pushing for you to do this," Thompson said. "If the state of Oklahoma does not comply with Real ID, we'll just live with the consequences. That's not a decision I can make."

Several conservative activists raised concerns at the meeting that the REAL ID Act is an overreach by the federal government and subjects Oklahoma residents to more government control.

Kaye Beach, a Norman resident who is suing the Oklahoma Department of Public Safety over its requirement to obtain a fingerprint and high-resolution photograph for driver's licenses, said she has serious concerns about government access to her biometric data.

"It is unnecessary. It is too risky. It is just plain wrong," Beach said.

Others who testified during Wednesday's hearing included Howard Houchen, a conservative radio show host from Hugo, and former state Rep. Charles Key, who sponsored a bill in 2007 that prevented the state from fully complying with the REAL ID Act.

Thompson said Oklahoma has received an extension from the U.S. Department of Homeland Security until October 2016 that gives it time to comply, but that additional extensions are unlikely.

Oklahoma currently follows most requirements under the REAL ID Act, but will need to pass legislation to meet rules like DHS-approved security markings and requiring certain documentation, such as social security numbers and physical addresses.

If Oklahoma does not take steps to comply, a state driver's license may not be adequate to gain entry into some federal buildings or to board a commercial aircraft after the current exemption expires in October 2016, Thompson said.