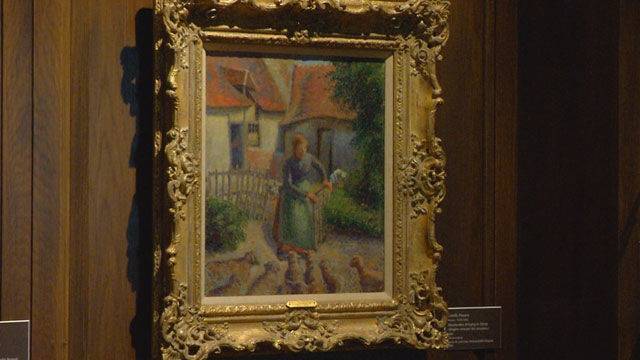 OKLAHOMA CITY (AP) - A federal judge has suspended activity in a lawsuit challenging the ownership of a painting that hangs at the University of Oklahoma as negotiations continue with a French woman who claims she is the rightful heir.

U.S. District Judge Joe Heaton has signed an order to administratively terminate the lawsuit until Feb. 28 as negotiations continue with attorneys for Leone Meyer over ownership of the painting "Shepherdess Bringing in Sheep" by the impressionist master Camille Pissarro.

Meyer filed the lawsuit in May 2013 claiming the artwork was stolen from her family by Nazis during World War II.

Heaton's order, signed Tuesday, says the court has been advised that the parties have reached a compromise and settlement. Attorneys for Meyer and the university declined to comment on the negotiations.