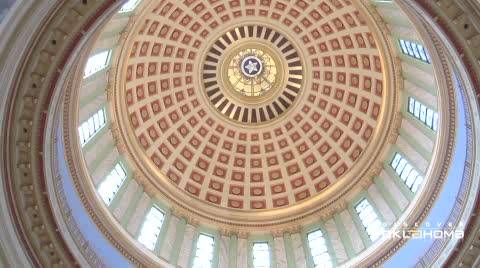 The Oklahoma Senate approved a $200 million transportation road bond and then adjourned the 2016 session.

The Senate adjourned shortly after noon Friday to end their work for the year. The House remains in session.

The bill authorizing a $200 million bond issue to pay for road and bridge construction was the last piece of legislation needed to implement a $6.8 billion budget for the fiscal year that begins July 1. The bond issue will free up $200 million for the Legislature to spend on general appropriations.

The bill faced bipartisan opposition, including Republicans who questioned the wisdom of borrowing money to help close a budget hole. After about two hours of debate, the bill passed on a 26-17 vote, barely getting the 25 votes needed for passage.

The Oklahoma House has convened on the final day of the 2016 Oklahoma Legislature's regular session.

House members convened Friday to consider the last remaining legislation it is scheduled to take up, including a $6.8 billion budget bill to fund state government for the fiscal year that begins on July 1.

The Senate approved the general appropriations bill on Wednesday. The House must pass the bill in order to avoid a special session to finalize the state budget.

The Oklahoma Legislature is meeting for its final day of the regular session with one big-ticket item left on the agenda - passage of a $6.8 billion budget bill to fund state government for the upcoming fiscal year.

The Senate approved the general appropriations bill Wednesday, but the House has yet to pass it.

Because the Legislature is constitutionally mandated to adjourn by 5 p.m. Friday, if they are unable to get the 51 votes needed to pass it, a special session will be required.

The 30 Democrats in the 101-member House are unlikely to support the budget plan, which includes deep cuts to the state's colleges and universities and other state agencies. Many Republicans also oppose the budget because of its reliance on a $200 million bond issue.