New A Through F Report Cards are Badly Flawed

New A Through F Report Cards are Badly Flawed 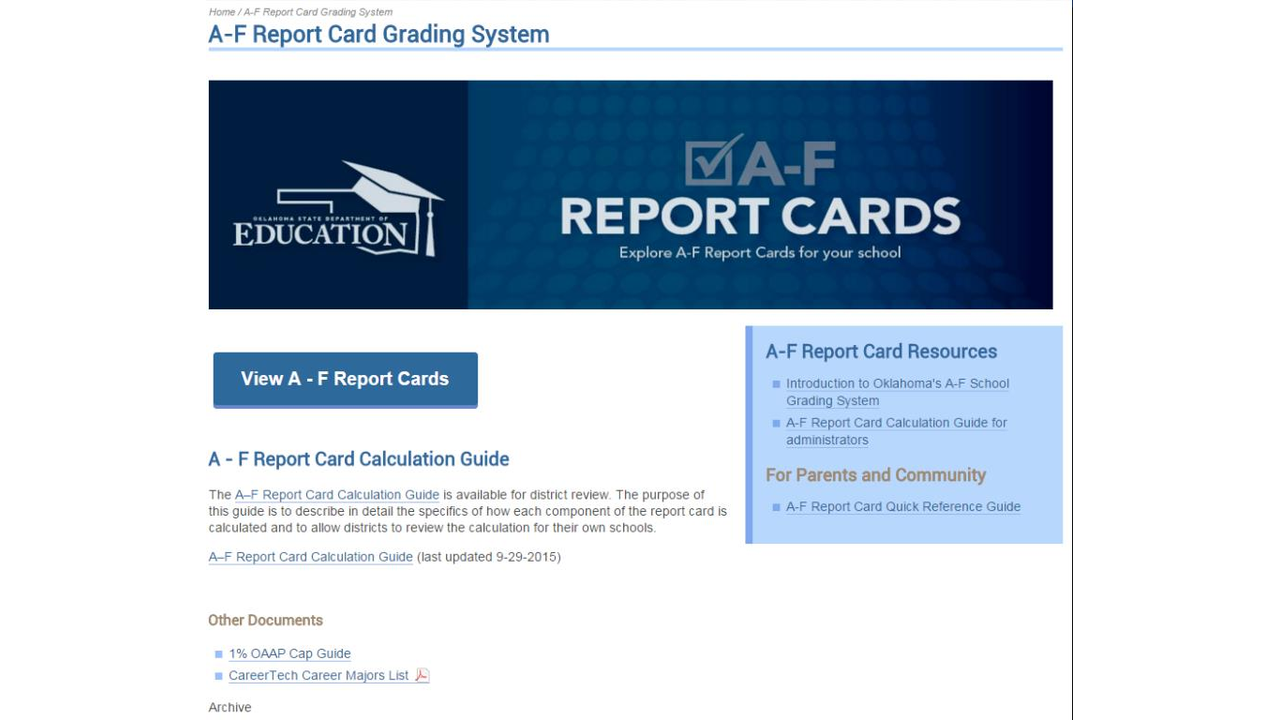 OKLAHOMA CITY (AP) - The Oklahoma State Board of Education approved the release of A-F report cards for public schools across the state Thursday, despite concerns by state Superintendent Joy Hofmeister and dozens of school superintendents that the grading system is deeply flawed.

"I am committed to a system of accountability that is accurate, reliable and meaningful," Hofmeister said in a statement. "In its current form, the A-F Report Cards are too flawed to be useful. I am optimistic that we can have a better system."

Approved by the Oklahoma Legislature in 2011 and signed into law by Republican Gov. Mary Fallin, the A-F grading system is one of several GOP-led initiatives designed to increase accountability in public schools that faced bitter resistance from teachers and local districts. The grading system was supposed to foster more parental involvement by making it easier for parents to see how their child's school was performing, but the rollout was marred by delays and resistance from superintendents to the formula that's used to determine the grades.

The new superintendent for Oklahoma City Public Schools, Rob Neu, said a heavy reliance on testing and errors in the student-growth formula are among many concerns experts have with the system.

"The A-F Report Card is not a valid measure of academic performance and it is unfortunate that students, principals and teachers must again be labeled with a letter grade that is derived from a flawed accountability system," Neu said in a statement.

The state Legislature passed a law that took effect in June directing the Board of Education to work with the Oklahoma State Regents for Higher Education to improve the accuracy of the grading system. Researchers at the University of Oklahoma and Oklahoma State University currently are reviewing the system, and a report to the governor and legislative leaders is due by Dec. 31.