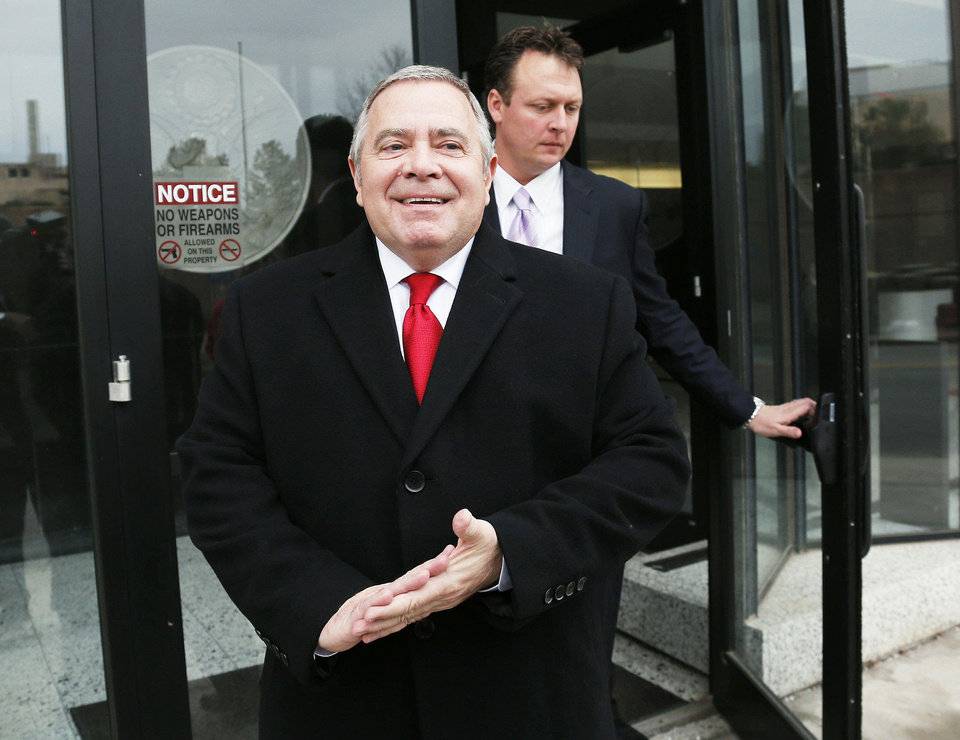 OKLAHOMA CITY (AP) - The last Democrat to lead the Oklahoma Senate was sentenced Tuesday to 18 months in prison for bribery after a federal prosecutor urged a judge to send a message to other attorneys serving in the Legislature that public corruption is a serious crime.

Former Senate President Pro Tempore Mike Morgan was resentenced in U.S. District Court in Oklahoma City after a federal appeals court found his original sentence of probation was too lenient. Prosecutors had recommended between 41 and 51 months, arguing the bribery conviction is more serious because of Morgan's position of power.

"Those in the Legislature are committing bribery when they accept payments like these for legal work," Assistant U.S. Attorney Scott Williams told Judge Robin Cauthron.

Morgan was indicted in 2011 on charges that accused him of taking about $400,000 from three different companies. A federal jury in 2012 found him guilty of taking only a $12,000 bribe in exchange for his influence on legislation, acquitting him on related extortion and mail fraud counts. Jurors couldn't reach a verdict on other counts.

The Stillwater attorney declined to comment on his new sentence Tuesday as he left the courtroom surrounded by family and friends.

In court filings, Morgan has maintained his innocence, but said he is "resigned to resentencing at this point in order to get this chapter of his life behind him."

Before handing down the sentence, Cauthron noted Morgan presents no threat to the public, has an exemplary probation record and has performed a "multitude of good works," which she considered.

"In my view, any sentence of imprisonment is substantial and meaningful," the judge said.

Morgan was ordered to voluntarily surrender to federal prison on July 21. His attorneys asked the judge to recommend Morgan serve his sentence at the minimum-security satellite camp at the Federal Correctional Institution in El Reno.

Under a sentencing agreement, both Morgan and prosecutors agreed to waive their right to appeal.

First elected to the Oklahoma Senate in 1996, Morgan became president pro tempore in 2005 and served as co-leader of the Senate after the 2006 election ended in an historic 24-24 tie. Morgan was term-limited and couldn't seek re-election in 2008, when Republicans took control of the Senate for the first time in state history.