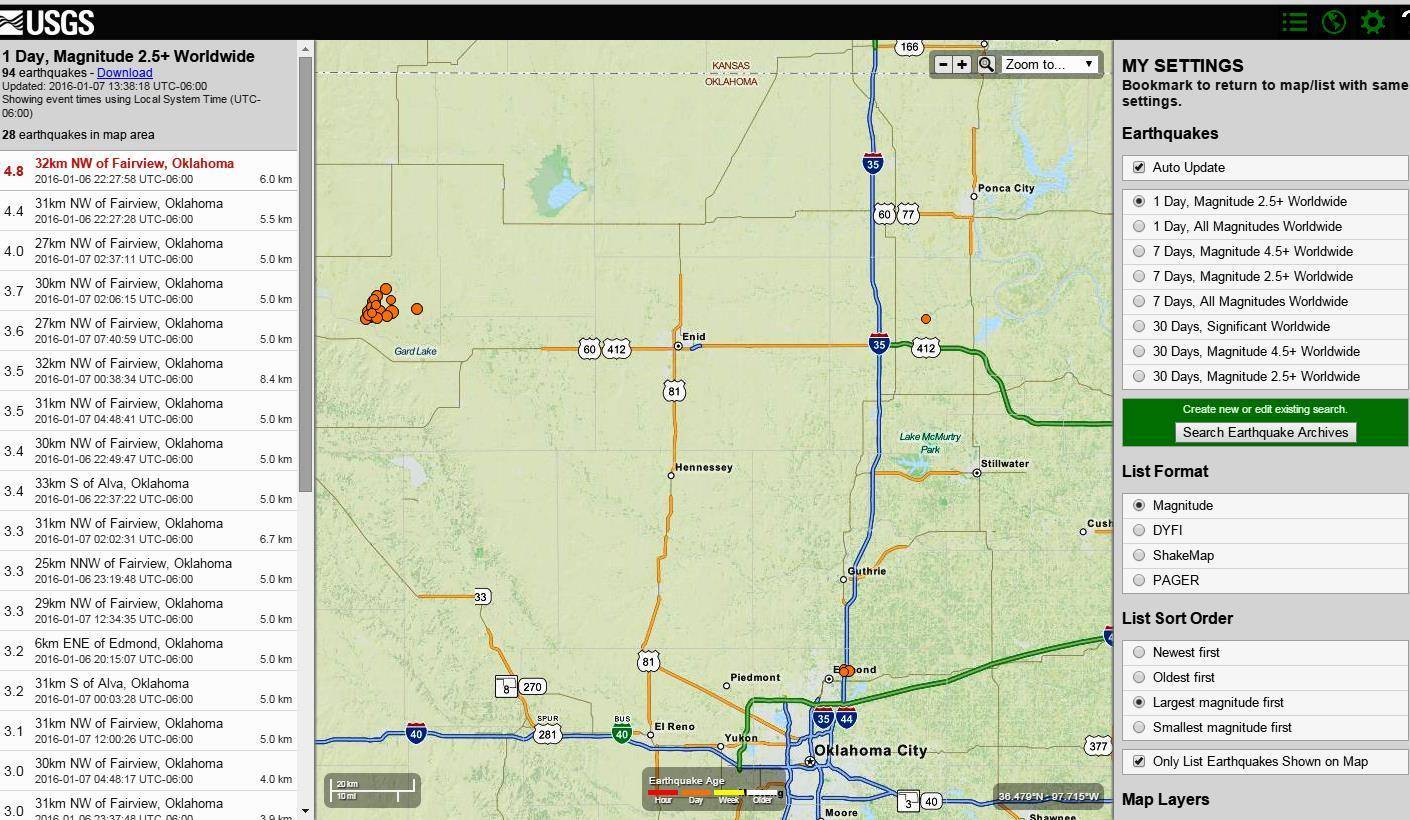 FAIRVIEW, Okla. (AP) - Three earthquakes capable of causing moderate damage have been recorded in northwestern Oklahoma. The quakes were part of a swarm of temblors that have hit northern and central Oklahoma over the last two days.   28 quakes of 2.5 magnitude up to 4.8 have been recorded.

The U.S. Geological Survey reports a magnitude 4.7 quake hit just before 10:30 p.m. Wednesday about 20 miles northwest of Fairview and a magnitude 4.8 quake struck about a half mile away less than a minute later. A magnitude 4.0 quake was recorded in the area just after 2:30 a.m. Thursday.

Fairview police say there are no reports of damage or injuries.

The quakes were felt in Kansas and the USGS says up to eight states may have been affected.

The Oklahoma Geological Survey reports more than 900 earthquakes in Oklahoma during 2015 of magnitude 3 or greater.