Another Cut for State Agencies

Another Cut for State Agencies 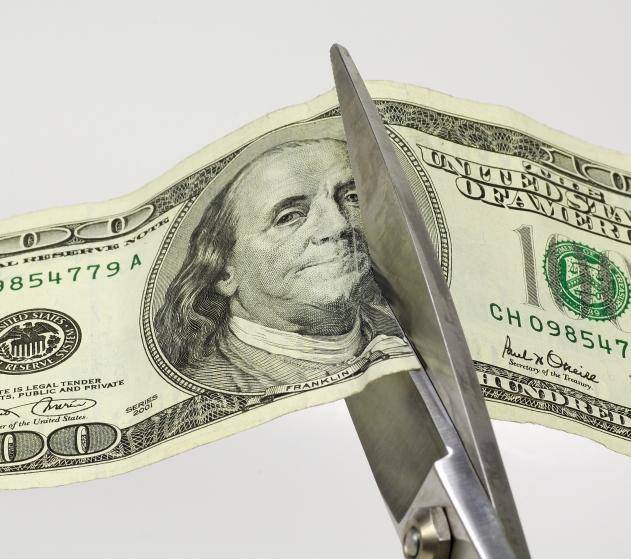 OKLAHOMA CITY (AP) - Oklahoma will slash spending across the board by 7 percent for the remaining four months of the fiscal year to cope with a sharp drop in oil and natural gas prices that has hurt state revenue, and a top education official said the cuts will force many rural school districts to reduce classes to four days a week.

State Secretary of Finance Preston Doerflinger ordered the cuts - on top of previous reductions of 3 percent that began in January - and warned lawmakers that Oklahoma faces a $1.3 billion budget hole for the fiscal year beginning in July that could result in more reductions "right through the bone."

"Our schoolchildren are the ones who will pay the steepest price," said Superintendent of Public Instruction Joy Hofmeister. She said the cuts will force many school districts in rural areas to go to a four-day school week and consider "heartbreaking decisions" that will affect students in the classroom.

In January, a cut in the state's individual income tax supported by Republican Gov. Mary Fallin dropped the top rate from 5.25 percent to 5 percent, a move that will cost the state about $147 million annually when fully implemented. Fallin has publicly opposed legislation adopted by a state Senate that would roll the tax cut back because of the oil and gas slump.

"The governor and legislative leaders recognize the severity of the situation and are working on solutions, but I'm convinced there are still rank and file legislators who have yet to grasp the seriousness of the challenge at hand," Doerflinger said in a statement.

Oklahoma is one of several energy-rich states that have been hurt by the oil and gas price slump. North Dakota, which had seen an oil-driven economic boom in the last few years, has been forced to scale back ambitious spending plans. Texas, the nation's biggest energy producer, didn't allocate all its projected revenue in the current two-year budget so officials insist the state is fine for now but the fiscal 2017 budget could be tight.

Oil and gas production accounts for between 6 and 10 percent of Oklahoma state revenue and receipts from the energy industry have been lower than the previous year for 14 consecutive months, State Treasurer Ken Miller said. Collections from oil and gas were 45 percent lower last month than February 2015, he said.

"With oil prices off their 2014 peak by some 70 percent and our state's anchor industry in the midst of correction, we have apparently not yet found the bottom and continue to see the spillover effect in all major revenue streams," Miller said.

House Democratic Leader Scott Inman called on Fallin and leaders of the Republican majority in the Legislature to tap into the state's "Rainy Day" reserve fund to soften the impact of budget cuts to public education.

"Most of our school districts cannot afford to take the kind of cuts that the governor is asking them to take," Inman said.

Fallin has expressed support for using the reserve fund to help balance next year's budget but has not said whether she supports using it to supplement this year's budget. The fund has a balance of about $385 million.

The chairman of the powerful House Appropriations and Budget Committee, Rep. Earl Sears, said budget writers are considering tapping into the fund to help balance next year's budget but are not likely to use it to supplement the current year's budget.

"We're just all going to have to weather that storm," Sears said.