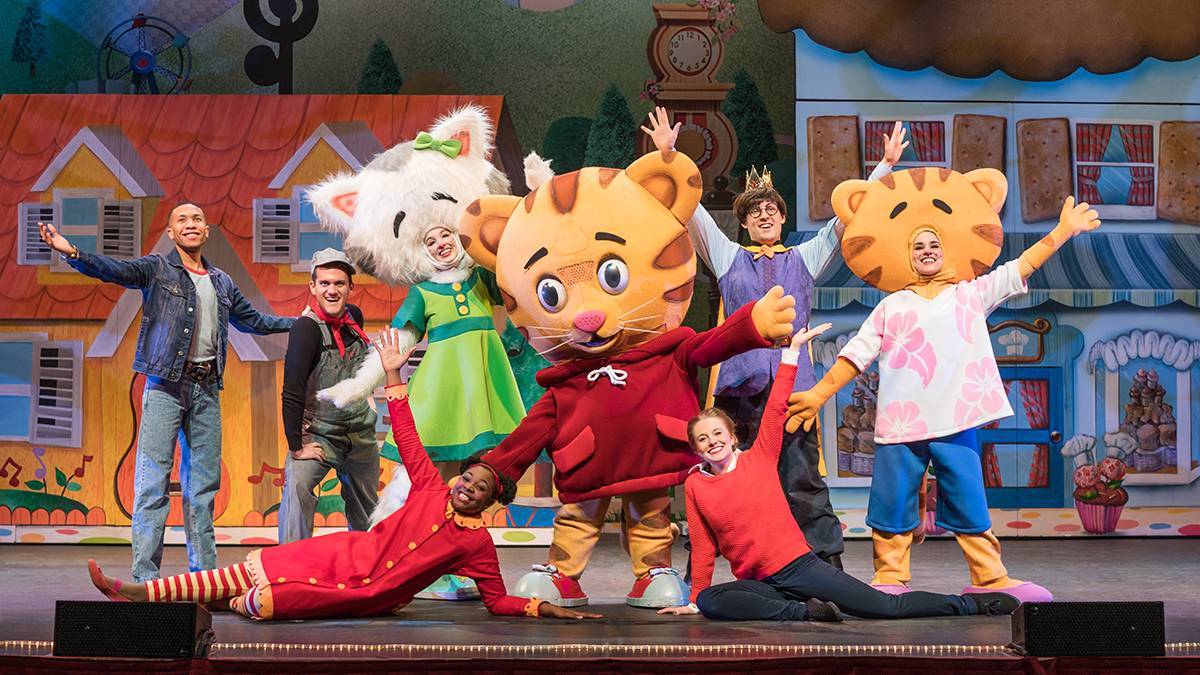 Donning his iconic red sweater, Daniel invites the audience on an interactive musical adventure as he and his friends explore the vibrant world of their much-loved Neighborhood of Make-Believe, sharing stories of friendship, helping others, and celebrating new experiences. This live theatrical production filled with singing, dancing, laughter and “grr-ific” surprises will warm the hearts of multiple generations.

Daniel Tiger’s Neighborhood tells its engaging stories about the life of a preschooler using musical strategies grounded in Fred Rogers’ landmark social-emotional curriculum. Through imagination, creativity and music, Daniel and his friends learn the key social skills necessary for school and for life.

In February 2015, Daniel Tiger's Neighborhood was the number two program across all TV networks for Kids 2-5 and with moms of young children. In addition, it continues to be one of the highest-streamed shows, averaging over 40 million streams per month. One million Daniel Tiger books have been published to date, and downloads of the apps, music and episodes continue to rank high on iTunes.

The animated TV series has garnered a host of prestigious awards, and most recently was nominated for a 2015 Daytime Emmy Award for Outstanding Writing in a Preschool Animated Program. This recognition follows a string of additional honors, including a 2015 Parents’ Choice Gold Award and 2014 Prix Jeunesse International Selection as well as the 2013 Kidscreen Award for Best Animated Series in the Preschool Category, and 2013 Cynopsis: Kids! Imagination Award for Preschool Series.