T-Rex: Her Fight for Gold Comes to OETA-HD August 2

T-Rex: Her Fight for Gold Comes to OETA-HD August 2 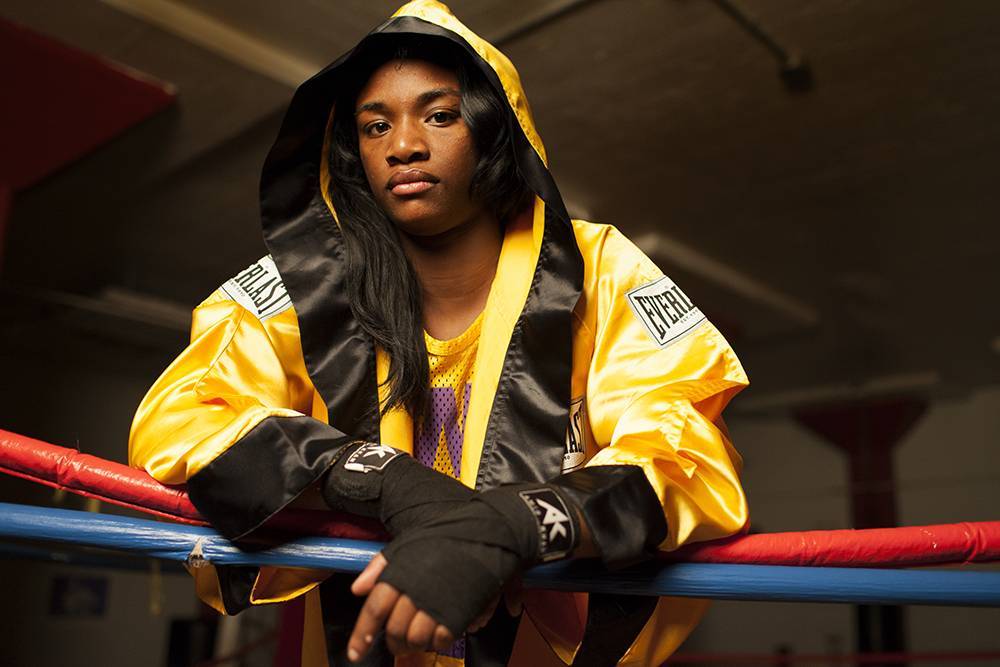 T-Rex: Her Fight for Gold is the coming-of-age story of boxing phenom Claressa “T-Rex” Shields from Flint, Michigan. Shields was just 17 years old when she won the gold medal for women’s boxing in 2012 — the first time women were allowed to box in the Olympic games. Directed by Drea Cooper and Zackary Canepari and produced by Sue Jaye Johnson, the film’s broadcast is timed to coincide with Claressa’s return to the Olympic boxing ring at the Rio de Janeiro games this summer. The film premieres on Independent Lens Tuesday, August 2, 2016, 9 p.m. CT on OETA-HD.

Claressa Shields was 13 years old when it was announced that women would be allowed to box in the 2012 Olympics. Although she’d only been boxing for two years, her coach, Jason Crutchfield, predicted she would be there — and that she would win gold. It was an audacious dream for Shields, whose prior aspirations included having ten kids by the time she was 26.

Growing up, Claressa’s father was in prison, her mother struggled with addiction, and Claressa bounced between homes. To accomplish her dream, she would need a stable life. Coach Jason and his family took her in, housed her, and kept her focused.

Co-directors Drea Cooper and Zackary Canepari and producer Sue Jaye Johnson met Shields and Crutchfield before she qualified for the Olympics and filmed them for the next two years as they navigated the pressure of Olympic competition, family drama, and Claressa’s attempts to find love and support in the neglected city of Flint.

When Claressa stands on top of the podium in London, clutching her gold medal and laughing uncontrollably, she, like many around her, thought her struggles were behind her. But back home, as Claressa and Jason watch fellow athletes receive recognition and endorsements, no one comes forward to support her, raising questions about race, class and gender bias. Agents suggest she should soften her image. “She’s not going to do that,” says co-director Zackary Canepari. “She’s raw and honest. And stubborn. She wants to succeed on her own terms.”

The team continued to document Shields and her coach for six months after their return from the Olympics as even their close father-daughter bond strained under the pressure. “It was a huge challenge,” says co-director Drea Cooper. “Even for Claressa, with all her talent and determination, it was a struggle not to give up.”

“Claressa’s story is universal,” adds producer Sue Jaye Johnson. “But there is also this great girl angle. She is pushing the boundaries of what is acceptable for girls everywhere.”

To date, Claressa has lost only once. With a record of 69-1, she is ranked number one in the world heading into her second Olympic competition.