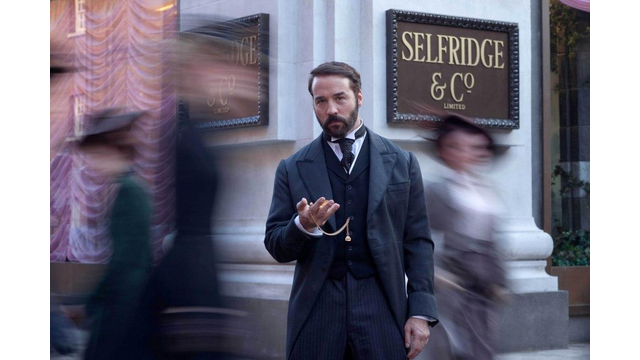 Have you ever worked in retail? I have. I worked part-time selling cosmetics at Dillard’s right after college. Like any job, it had its perks and its miserable moments.

Last year, I was fascinated to learn that my job of selling cosmetics would have been considered distasteful and kept hush-hush in early 20th century England. It wasn’t until 1909 when the bold Chicago businessman Harry Gordon Selfridge opened his department store in London that the English learned how to shop. Selfridge put cosmetics on display and allowed customers to touch the merchandise before they purchased. He wowed passersby with creative and dramatic window displays, and he masterminded publicity stunts that got the entire city’s attention.

We were introduced to MASTERPIECE CLASSIC’s version of Harry Selfridge, played by Jeremy Piven, in last year’s eight-part series "Mr. Selfridge." With storylines inspired by the charming and daring businessman, we watched as he and his family dealt with the culture shock of moving from Chicago to London, and we fell in love with his staff as they learned how to work with their new American boss.

If you weren’t able to see the first season, you have another chance. OETA will rebroadcast the entire first season next week.

Good news... “Mr. Selfridge” returns this year for another eight episodes! Season Two picks up in 1914 where Selfridges & Co. is celebrating its fifth year in business and the staff braces themselves for a new era. Watch the season premiere next Sunday, March 30th at 8pm on OETA. Here's a preview: