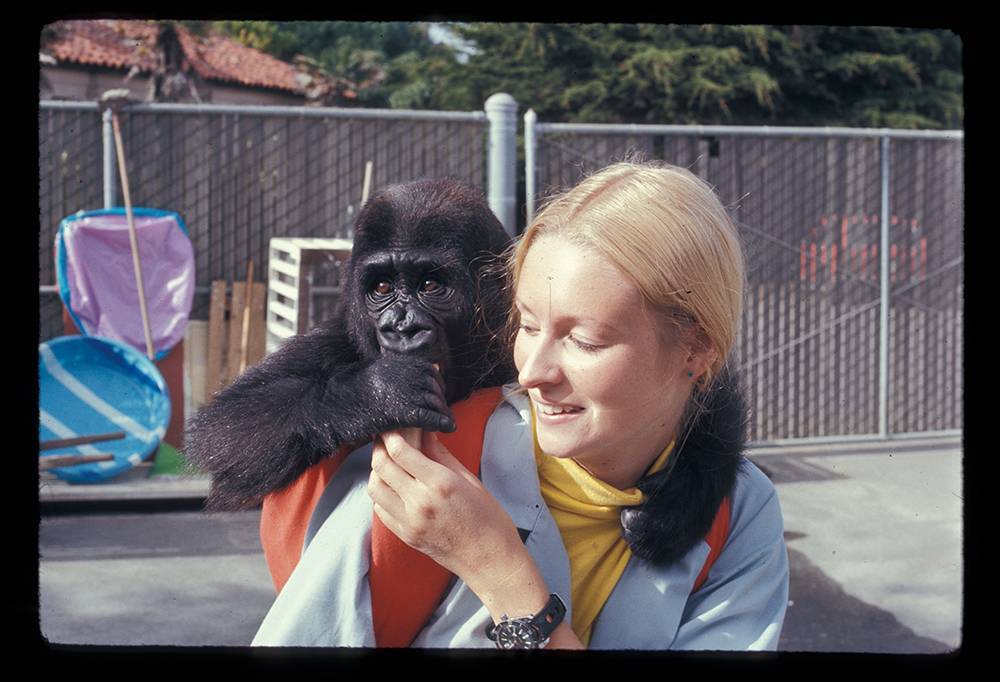 It’s been more than 40 years since Koko, the only “talking” gorilla in the world, captivated the public with her uncanny ability to communicate with humans. Her unique life, which she continues to share with Penny Patterson, the psychologist who adopted her as a baby, is revisited in-depth in a new PBS and BBC documentary, KOKO − THE GORILLA WHO TALKS premieres Wednesday, August 3, 2016, at 7 p.m. on OETA-HD.

KOKO − THE GORILLA WHO TALKS takes viewers back to 1971, when Project Koko started as Penny Patterson’s Ph.D. assignment to teach sign language to a baby gorilla. As Koko began to communicate with Penny, an intense bond formed between them and the teacher transformed into both mother figure and companion for more than four decades. The public’s fascination with Koko made her a star.

Koko’s unique life has been filmed every step of the way; more than 2,000 hours of footage exist, capturing the dramatic moments, many of which appear in this film, including Penny’s battle to keep Koko from being reclaimed by the zoo where she was born, Penny’s clash with academic critics who doubt the validity of her claims, the founding of The Gorilla Foundation, and the image of Koko mourning the death of her kitten – a moment that bought her international fame.

“KOKO − THE GORILLA WHO TALKS gives viewers a behind-the-scenes look at the unconventional life of the world’s most famous gorilla,” said Pamela A. Aguilar, Director of Programming and Development for PBS. “Through new footage and rarely seen photos and videos, the film reinvigorates our fascination with Koko and the relationship Penny first established between animals and humans more than 40 years ago.”

“This film is an intimate look at an unconventional family and the love they share,” said Bridget Appleby, producer at BBC’s Natural History Unit. “Our goal was to explore what can be learned from this extraordinary long-term experiment turned multi-species friendship. Does it tell us more about animals’ emotions or our own?”

KOKO − THE GORILLA WHO TALKS is presented as part of a multi-title co-production deal among PBS, BBC and BBC Worldwide North America. The partnership provides a pipeline of the high-quality, entertaining factual programs that PBS and BBC audiences have come to expect.