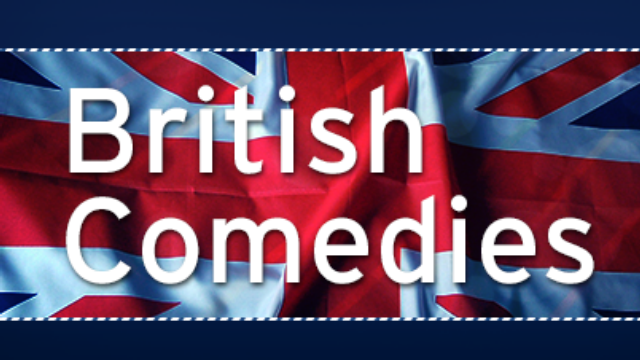 OETA's April schedule is slowly coming together. It's an exciting time of year because this is when the broadcast rights either begin or end for several programs and series from non-PBS public television distributors.

A couple of series with broadcast rights ending at the end of March are AS TIME GOES BY and KEEPING UP APPEARANCES. They've been a part of the OETA schedule since before I started working here 15 years ago. The Traffic software that we use to coordinate the program inventory with the on-air operations only dates back to 2001, so I can't easily find out exactly how long we've been airing the series. I guess I could go out into the warehouse and hunt down the printed broadcast logs from the mid- to late-90s. I'm curious, but I don't have time to satisfy that piece of curiousity. Plus it's really, really cold out there.

Replacing those two well-worn British comedies are two that have been highly requested by our Member and viewers. One of them is also technically old, but the other one is brand new. Both are very, very funny.

First, starting April 6th at 10pm, ONE FOOT IN THE GRAVE. If you've been watching OETA for a long time, you might recognize that title. We used to air this series back when I first started working at OETA. It also predates the Traffic software, so I don't have the exact dates that it began or ended. For those who don't remember, ONE FOOT IN THE GRAVE follows the misfortunes of cantankerous old grouch Victor Meldrew as he rails against the injustices of the world around him.

Then at 10:30pm, it's THE CAFE. This one is brand, spankin' new compared to our typical British comedies. It premiered on the BBC in November 2011. It's about three generations of a family who play host to customers at a seafront cafe. Each episode sees all sorts of characters pop in and out of the cafe, including old school friends like Richard, who secretly fancies Sarah, and best friends Chloe and Keiran. John, another former school-friend and former 'fat kid', is also back in town but is now a successful businessman, driving a Porsche and looking good. There is a definite spark between John and Sarah, making Richard wildly jealous of the obvious attraction. It's whimsical, warm, funny and engaging, with characters you'll immediately fall in love with.

So, there it is. Two changes taking place in the schedule starting April 6th. I'm excited about the new comedies and, honestly, a bit nervous. I know some viewers have come to rely on seeing the same ol' favorite British comedies every Sunday night, over and over and over. It's comforting. I understand that. I'm the same way with old DOCTOR WHO episodes. But the number of viewers who have turned us off on Sunday nights because of the repeats keeps growing, and we want those viewers to come back and enjoy something new. If you're one of the viewers who would have preferred continuing to see AS TIME GOES BY and KEEPING UP APPEARANCES, I hope that you'll give the new ones a chance. They just might become your new ol' favorite British comedies.