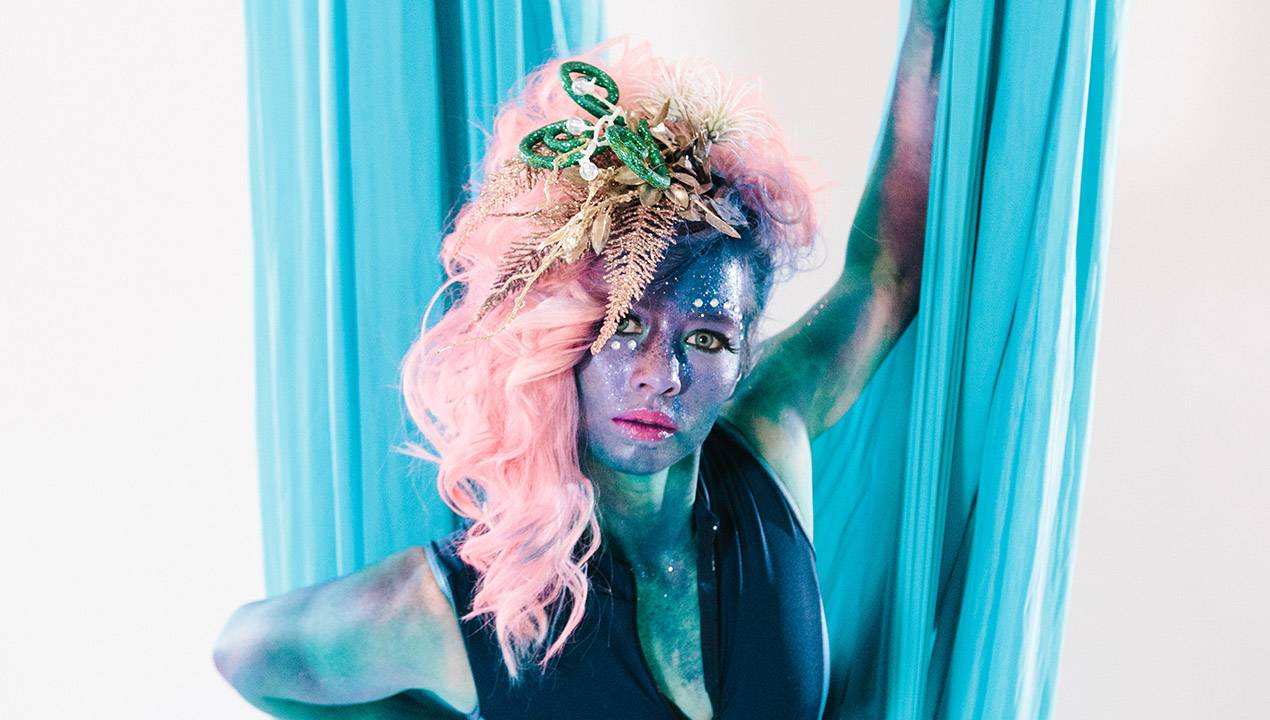 They twirl and spin gracefully high above the ground. The costumes, choreography and elegant movements combine to tell a story through aerial dance. This September’s episode of Gallery America moves its gaze upward for a look at Oklahoma’s Perpetual Motion Dance.

The episode, which premieres at 7 p.m., Thursday, Sept. 6, is also a reunion of sorts. “We first met Perpetual Motion in a 2009 episode,” said Susan Cadot, producer and host of Gallery America. “I wanted to revisit them because they’ve changed and grown so much. Also, these women have their lives, jobs and families and they still find time to perform and give back to the community.”

“It’s a rush, but it takes a long time to learn,” said Kayla Jenkins, the dance company’s manager. “You can’t build those muscles any other way than in the air. It’s a specialized skill.”

Jenkins stepped away from the spotlight in 2017 to become the manager of Perpetual Motion. Today she creates the characters and their look with costumes, hair and make-up.

Added Jenkins, “it’s a different experience but being behind the scenes is just as rewarding as being in the air.”

The dance company, which performs as far away as California, debuted their first story-based production in May with Cora’s Door, a story told through the imagination of a child. In June they performed their latest production in Santa Fe, New Mexico.

Along with breathtaking original concerts, Perpetual Motion Dance is committed to educating adults and youth through classes, workshops and residencies. In 2006 the dance company organized the first annual Oklahoma Contemporary Dance Festival, bringing together regional choreographers and performers.

For more information on Perpetual Motion Dance, upcoming shows or workshops, find them online at perpetualmotiondance.com, call (405) 202-0650, or, email perpetualdance@gmail.com.

Gallery America is OETA's Emmy award-winning arts and culture series. Gallery America captures the best Oklahoma has to offer in all forms of art, including dance, sculpture, education, music, painting, photography and performances.