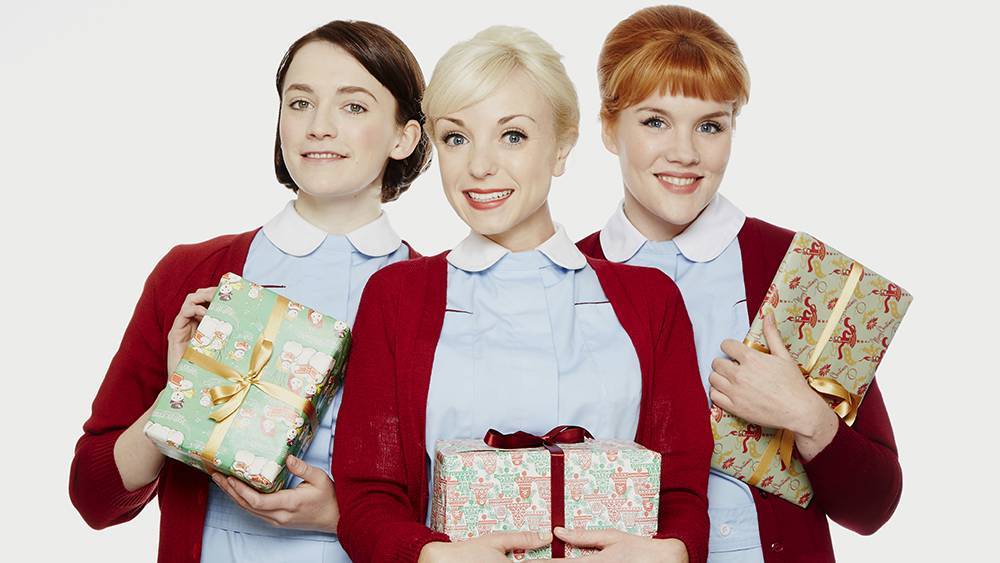 OETA airs the Call the Midwife holiday special on Christmas Day at 8 p.m. CT on OETA HD. The BBC period drama features a group of nurse midwives working in the East End of London in the 1950s and 1960s.

In the latest installment of Call the Midwife Christmas specials, Poplar readies itself for Christmas 1960; a festive bus trip to see the Regent Street lights and a visit from a BBC film crew promise to make it a Christmas to remember.

OETA airs the first six seasons of the popular British series Doc Martin, beginning at 2 p.m. CT on Christmas Day on the OETA OKLA channel. The marathon continues Dec. 26 from noon to 10 p.m., Dec. 9 a.m. to 10 p.m. and closes out Dec. 31 from 6 p.m. to midnight. OETA OKLA is available over-the-air and to Cox Communications subscribers.

Doc Martin is a catchy comedy drama that stars Martin Clunes (Men Behaving Badly) as Martin Ellingham, whose truculence and tactless manner causes mayhem in a small Cornish community. The series details the trials and tribulations of the brash Ellingham, once a celebrated London surgeon who left his job after developing a phobia to blood.

After retraining as a general practitioner, he gets a job in the beautiful but sleepy village of Portwenn, replacing their deceased local doctor-but his abrasive personality doesn't exactly mesh with the pace of life in Cornwall.