Back in Time Goes Cow Punching on the Open Prairie

Back in Time Goes Cow Punching on the Open Prairie 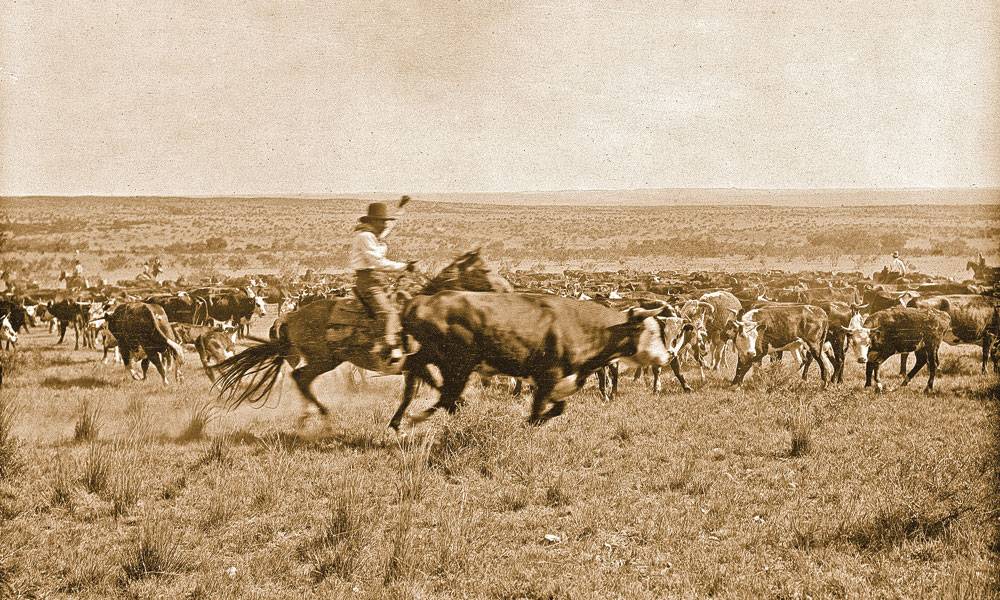 The romantic image of the old west, of cattle drives and trail hands riding the range, has captured imaginations for more than a century. The main artery of that dream runs right through the middle of Oklahoma. The Chisolm Trail being the most famous of many trails that brought hundreds of thousands of cattle from Texas through Oklahoma to the railheads in Kansas.

The January episode of Back in Time, which premieres at 7 p.m., Thursday, Jan. 10, shows that the cattle drives were just the start of the journey. The trails are gone, but beef is bigger than ever and continues to drive the economy of Oklahoma’s “Cow Town.”

During the Civil War, many herds were left while their owners went off to war. When the soldiers returned during Reconstruction, they found the herds populations had exploded, as had their young nation’s taste for beef.

“It’s fascinating how this major historic event gave birth the rise of the beef industry,” said Robert Burch, writer and producer of Back in Time. “Beef became a food staple for soldiers during the Civil War, and when they returned home, they still wanted it.”

As the railhead moved further west, so did the trails through Oklahoma. The three largest and best known were the Shawnee, the Chisolm and the Great Western Trail. Further expansion of the railroad into Texas eventually made the trails obsolete and changed the life of the cowboy permanently.

Back in Time is OETA’s Emmy award-winning documentary series that showcases significant people, places and events that helped shape the history of the state of Oklahoma. OETA uses extensive research, archival photographs and film, along with interviews with historical experts and descendants of the people profiled in each program.