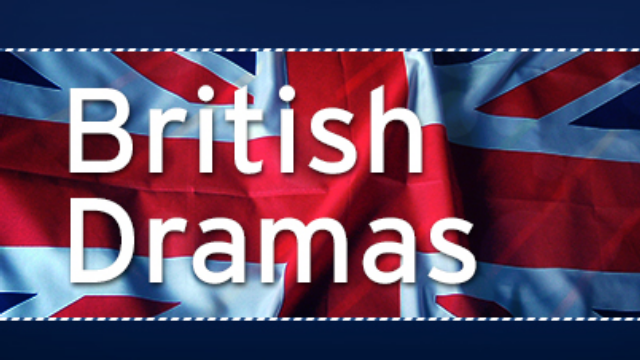 MIDSOMER MURDERS and DEATH IN PARADISE have been requested by OETA viewers who have heard about the series through friends and family in other public television markets.

MIDSOMER MURDERS started airing in the UK in 1997 and is still going strong. It's currently in its 16th season. The pilot episode, "The Killings at Badger's Drift" was the highest-rated show on British television that year. I hope OETA has a sizeable audience watching that same episode tonight at 8pm.

The drama revolves around DCI Barnaby and his efforts to solve murders that take place in the fictional English county of Midsomer. For American audiences, the 90-minute dramas are divided into two parts. Tonight will be Part One of "The Killings at Badger's Drift." Next Thursday night at 8pm, we'll have Part Two. We will have to keep the parts separated for now because our schedule won't allow for the full 90 minutes at once. (Unless we move DOC MARTIN, and we know better than that.)

If you miss tonight's premiere, you can catch the repeat on OKLA tomorrow night (Friday) at 8pm. That pattern of repeating Thursday night's episode on OKLA Fridays will continue in the following weeks.

At 9pm, we'll keeping our appointment with the good Dr. Ellingham. No changes there. Whew!

Thursday nights at 10pm used to be our timeslot for programs that traveled to beautiful places on earth, scenic railway journeys and magestic cruises to exotic locales. Well, that's not changing completely. You'll see as tonight as we premiere DEATH IN PARADISE.

DEATH IN PARADISE is a British drama with a sense of humor, like DOC MARTIN. (I call them "dramadies.") It's about DCI Richard Poole, a straight-laced British cop who is sent to a beautiful Caribbean island to solve an impossible murder. His new partner, DS Camille Bordey, is brilliiant and instinctive but entirely different in her approach to criminal investigation. Will DCI Poole ever appreciate his new surroundings? Perhaps. I haven't seen the final episode yet. Maybe he'll at least learn to loosen his tie.

Like MIDSOMER MURDERS, the Thursday night episode of DEATH IN PARADISE will repeat the following night on OKLA at 9pm.

For those of you familiar with British programming, you know that the lengths of the programs (or programmes, as they spell it) can vary widely and hardly ever fill the hour. Most range between 46:00 and 54:00. Please keep your TV on OETA between each drama because we've scheduled entertaining "fillers," including many from nun and art critic, Sister Wendy Beckett.

We hope you like the new additions to the schedule. They are here because of YOU, the OETA viewers and members. Thank you!