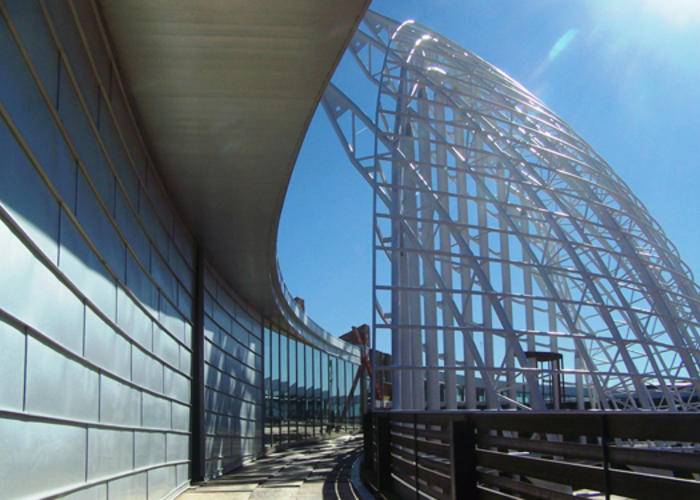 OKLAHOMA CITY (AP) - The city of Oklahoma City has accepted an agreement with the state to complete and operate the unfinished American Indian Cultural Center and Museum.

Council members voted 7-0 Tuesday to accept the terms of legislation signed into law by Gov. Mary Fallin last year to complete and opening the center, which is located on the banks of the Oklahoma River in downtown Oklahoma City.

Construction of the 173,000-square-foot structure began in 2006, but it has been dormant since 2012 when the project ran out of money and the Republican-controlled Legislature refused to allocate new funds.

Blake Wade, executive director of the Native American Cultural and Educational Authority, says $80 million needed to complete the facility will come from the state, city, tribal and private sources.