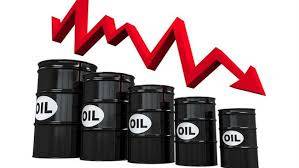 Oklahoma and North Dakota, along with their local governments, have suffered material declines in overall tax revenue, as low oil prices and slowed production have directly and indirectly suppressed income, sales and severance taxes to varying degrees. Moody's expects government entities with significant exposure to oil prices to respond to revenue shortfalls with budget cuts and reserve spending during the ongoing downturn.

In Oklahoma, revenues from severance taxes on oil production have declined 51% for the state and its local governments in the 12-month period ending in March compared to the previous year.

"Low oil prices have already caused sharp declines in revenues collected by Oklahoma and its local governments, but more pain is on the horizon as the rest of the economy slows down due to muted drilling activity," says Moody's Associate Vice President Julius Vizner in the report, "Low Oil Prices - Effects on Oklahoma and its Local Governments."

Oklahoma has already cut its current budget by 7% while facing a $1.3 billion, or 19% gap, in next year's budget. The state is constitutionally required to balance its budget, and has used reserves as a means to mitigate the impact of low oil prices on public finances. While Moody's expects to see a continuation of that strategy, the state will likely need to adjust spending as well, which will negatively affect local governments.

Oil production and related economic activity in North Dakota has slowed significantly enough to put the state's economy in a recession, Moody's says in "Low Oil Prices - Effects on North Dakota and its Local Governments," On March 28, Moody's revised the state's outlook to negative.

North Dakota's finances are indirectly exposed to low oil prices through sales and income taxes, and total revenues are projected to be $1 billion below budget in the current biennium. In addition, the cities of Williston (Ba1 negative) and Minot (Aa2 stable) derive 65% and 15% of revenues from oil and gas production taxes, respectively, and will face larger negative impacts due to suppressed sales tax revenues.

Moody's anticipates the gap will be closed with a 4% budget cut of roughly $244 million across all agencies, plus approximately $828 million in reserves from the General Fund and Budget Stabilization Fund.

While California is the country's third largest oil producer, the bulk of production occurs in Kern County (COP A1 negative), so the state's finances are generally unaffected by persistent low oil prices. However, the slowdown will continue to lower assessed valuations of oil properties, placing negative pressure on localities reliant on local property tax revenue, according to "Low Oil Prices -- Effects on California and its Local Governments."