OETA Renames Media Center in Honor of Outgoing Board Chair

OETA Renames Media Center in Honor of Outgoing Board Chair 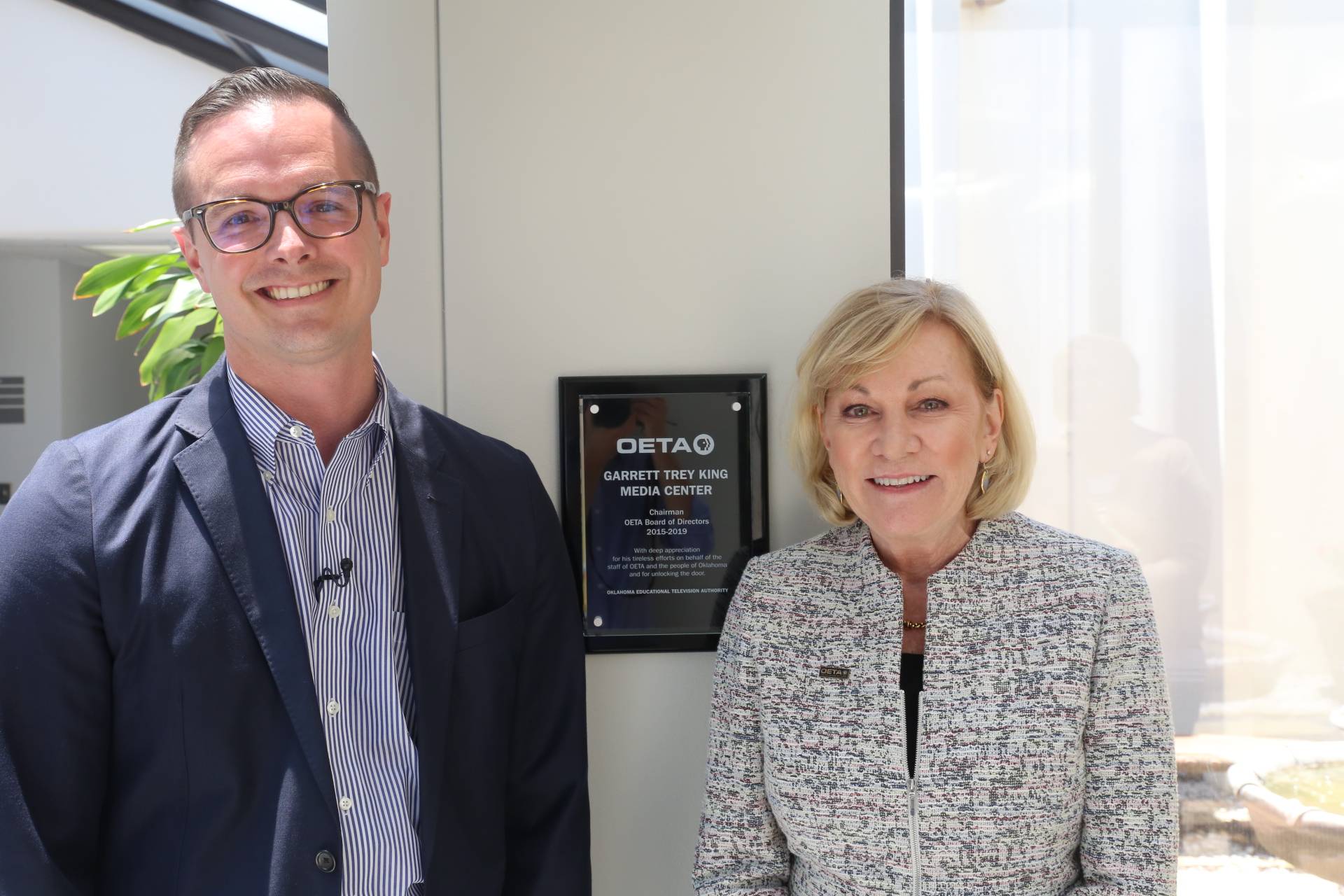 In a ceremony immediately following the OETA Board of Directors meeting, King was met with cheers and applause from OETA leadership and staff.

The plaque renaming the room the “Garrett Trey King Media Center” reads in part, “with deep appreciation for his tireless efforts on behalf of the staff of OETA and the people of Oklahoma…”

King was nominated by Gov. Mary Fallin and confirmed by the Oklahoma Senate in 2015 to represent the 3rd Congressional District. King served three consecutive terms as chairperson of the OETA Board of Directors.

“Garrett has not only been an excellent steward of public resources, his calm and steady leadership has navigated OETA to calmer waters,” said Polly Anderson, executive director, OETA. “In my tenure as Executive Director, I came to rely on Garrett. Though he will be missed, he has left the OETA Board of Directors in very capable hands.”

State Superintendent of Public Instruction, Joy Hofmeister, will succeed King as board chair. Hofmeister is a standing member of the OETA Board of Directors, pursuant to state law. King’s tenure officially ends June 30, 2019, upon which time Hofmeister will serve a one-year term as chair.