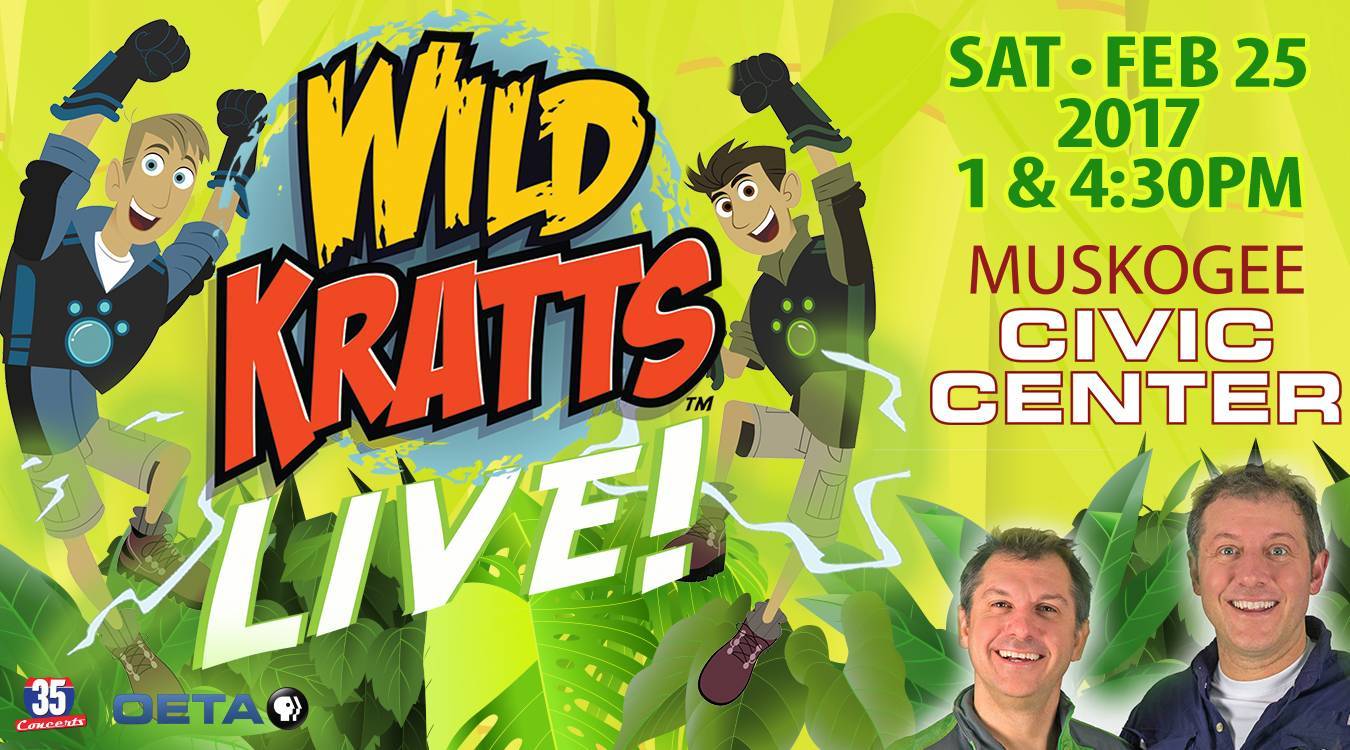 The wildly popular PBS KIDS® television show, WILD KRATTS, is coming to the live stage. Wild Kratts LIVE! will be at the Muskogee Civic Center on Saturday, February 25, 2017 at 1pm and 4:30pm. Tickets are now available.

Animated Kratt Brothers, Martin and Chris, "come to real life" in a classically Wild Kratts story.  Off "To the Creature Rescue!” the Emmy nominated Kratt Brothers activate some fan favorite Creature Power Suits to confront a comic villain. Through hilarious pratfalls and amazing animal ‘wow facts’ the Wild Kratts team rescues their favorite invention from Zach’s clutches so the animals of the creature world are safe once again.

Wild Kratts LIVE! is created for the stage by the imaginative minds of Martin Kratt and Chris Kratt from  Zooboomafoo, Kratt’s Creatures and Be the Creature. The Kratt Brothers’ national tours draw tens of thousands of creature-crazy kids and their families and the not-for-profit Kratt Brothers Creature Hero Society, together with kids, has successfully protected critical wildlife habitats through the creation of nature reserves.

WILD KRATTS In it’s fourth season, Wild Kratts was created and developed by real life brothers and zoologists Martin and Chris Kratt (both nominated for Daytime Emmy Awards for Outstanding Writing in a Children’s Animated Series).  Wild Kratts features the brothers on incredible expeditions to meet wild creatures from the far corners of the earth.   Diving into the habitats of these unusual animals with the use of futuristic technology and Creature Powers Suits that allow the brothers to take their funny and exciting adventures to where they’ve never gone before.  Wild Kratts has received numerous awards since inception in 2011 including Parents Choice, Kidscreen, Aurora and 2 Emmy nominations)  The series is a co-production of The Kratt Brothers Company and 9 Story Entertainment.